Exploiting vulnerabilities in the C code

In such questions, I would usually catch for Buffer Overflow or Integer Overflow that lead to other consequences, but due to the context of the problem, I did not manage to find any vulnerabilities in this program.

Can someone help me out here with the questions? The answers are not provided by the school. Sorry in advance, the actual paper document is not formatted such that it allows copy over.

Here is the question. 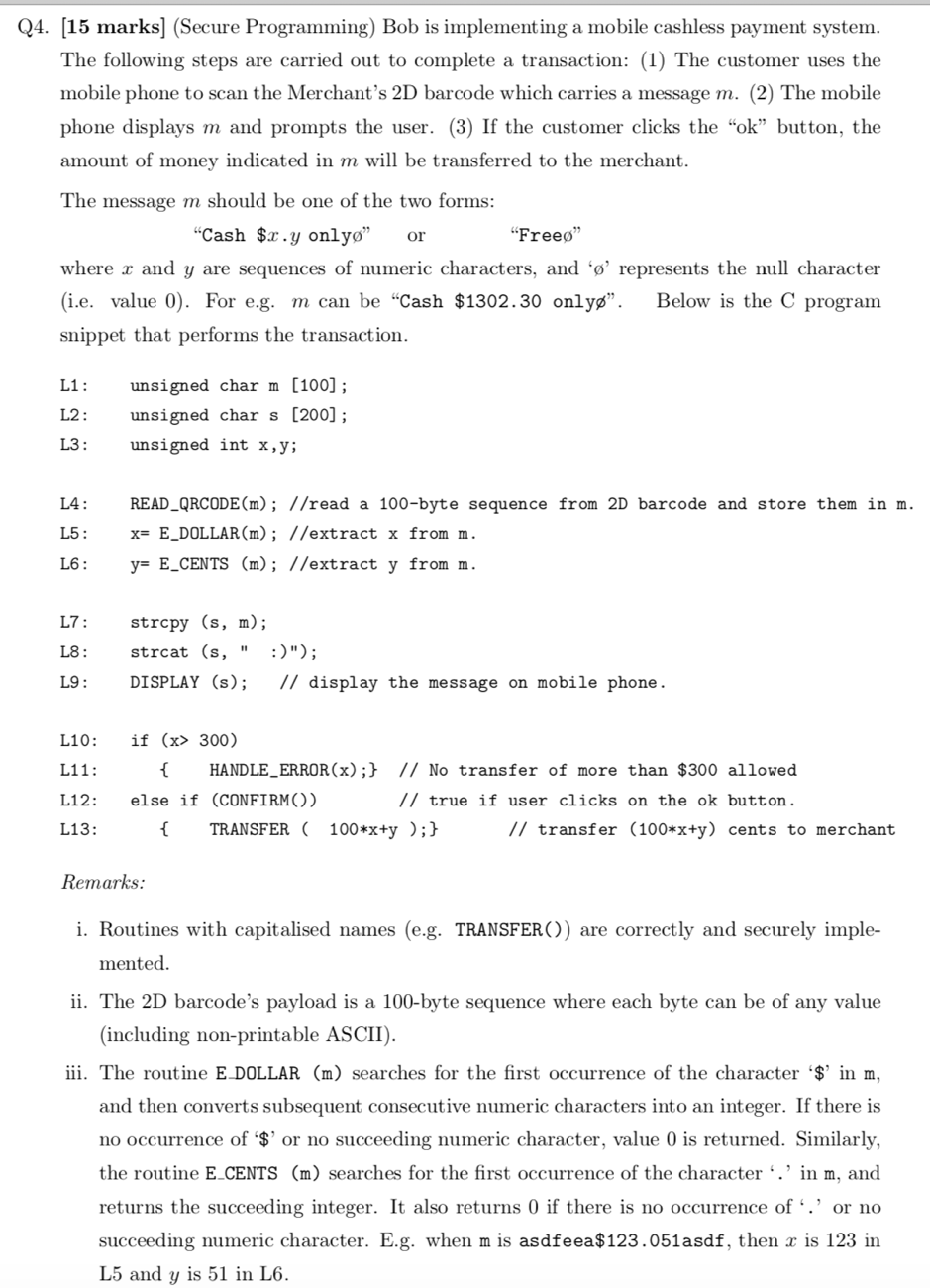 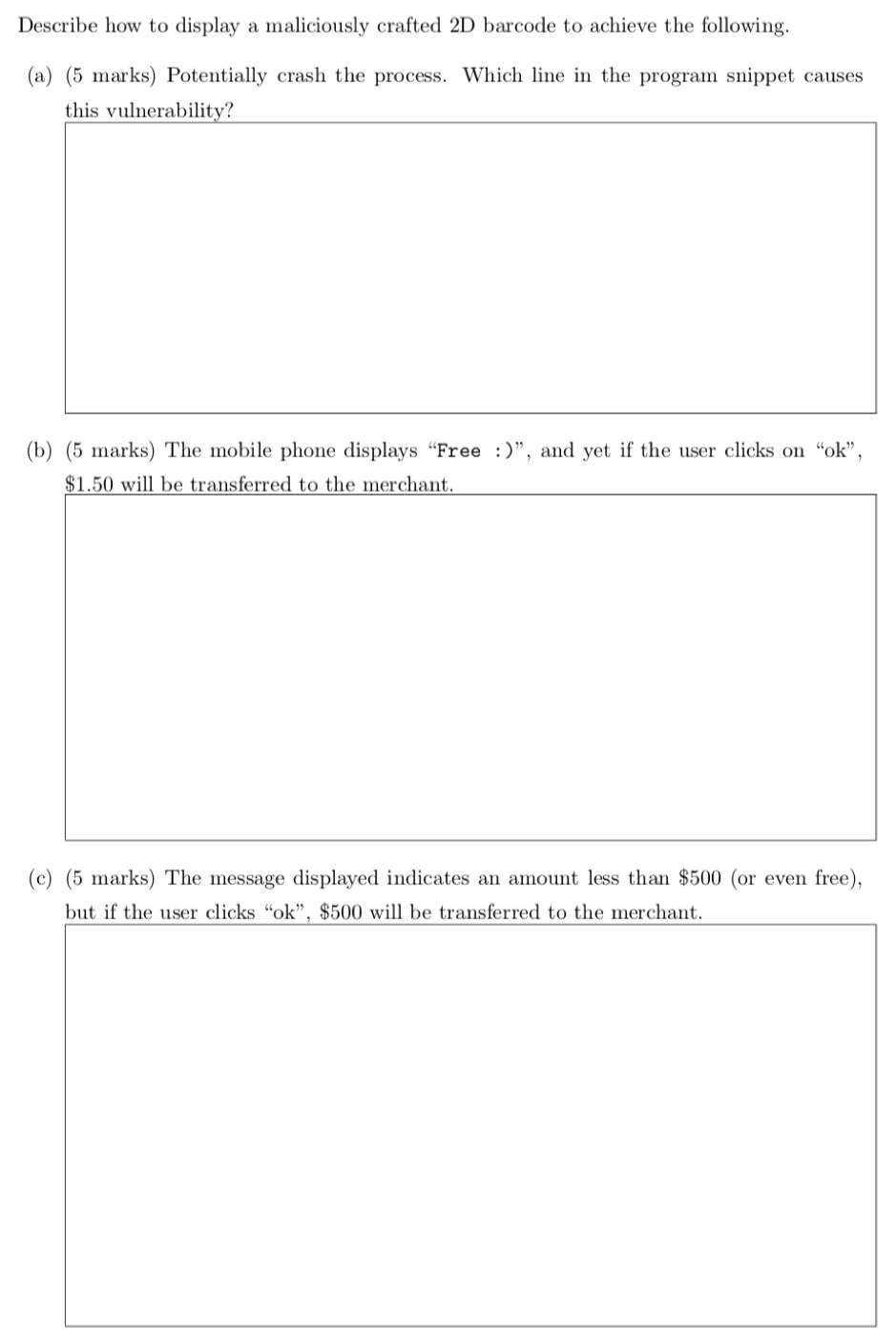 If m contains exactly 100 bytes and is not null-terminated, then what will happen after strcpy(s, m)?

After 100 bytes are copied:

As there is no null-byte at src, it will keep copying:

and it will keep copying like this until it finds a null-byte (which it obviously never will) and will destroy the stack and will continue copying until it runs into an unmapped address and causes a segmentation fault.

Updated answer for 1: You are probably having trouble replicating it because the size of m and s are not actually 100 and 200 but something like 112 and 208 (depending on the preferred stack boundary of your compiler). So s does not start exactly where m ends. And if there happens to be no leftover data from previous stack operations in that extra space, then this will not work. The question mentions 'potentially' crashing the process, as this will not work in all platforms and in all contexts.

The key thing to note here is that running strcpy on a src buffer that may not be null-terminated is an unsafe operation. For example, as m and s are uninitialized, there might be leftover data from previous stack operations which will then cause strcpy to go berserk. Example snippet:

Here, we are making sure there is some stuff on the stack where m and s resides (a string of 399 As). Note that we are reading only 10 bytes into the 100 byte m buffer. Yet literally provide any input to read to watch this program burn.

Not the answer you're looking for? Browse other questions tagged buffer-overflow reverse-engineering secure-coding debugging integer-overflow or ask your own question.

4
Occurence of ROP gadget
0
Exploiting buffer overflow
0
Buffer Overflow: Advice on exploiting
7
Identifying vulnerabilities in simple program with malloc
2
Shellcode doesn't execute and EIP is overwritten
1
How to exploit this buffer overflow. Where is the return address?
2
Buffer Overflow in the C program