Buffer Overflow in the C program

Here is the question. Sorry the original condition of my document is badly scanned before it was handed to me. 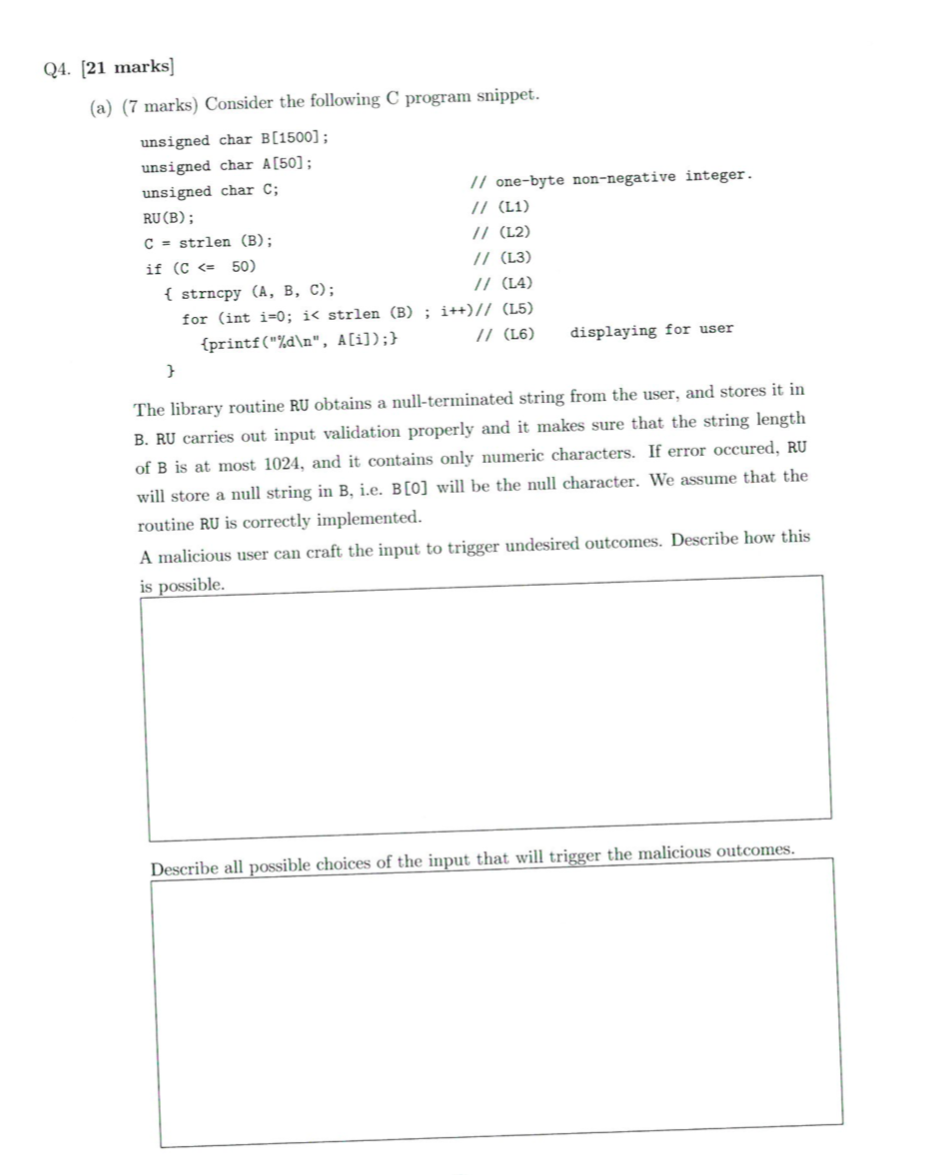 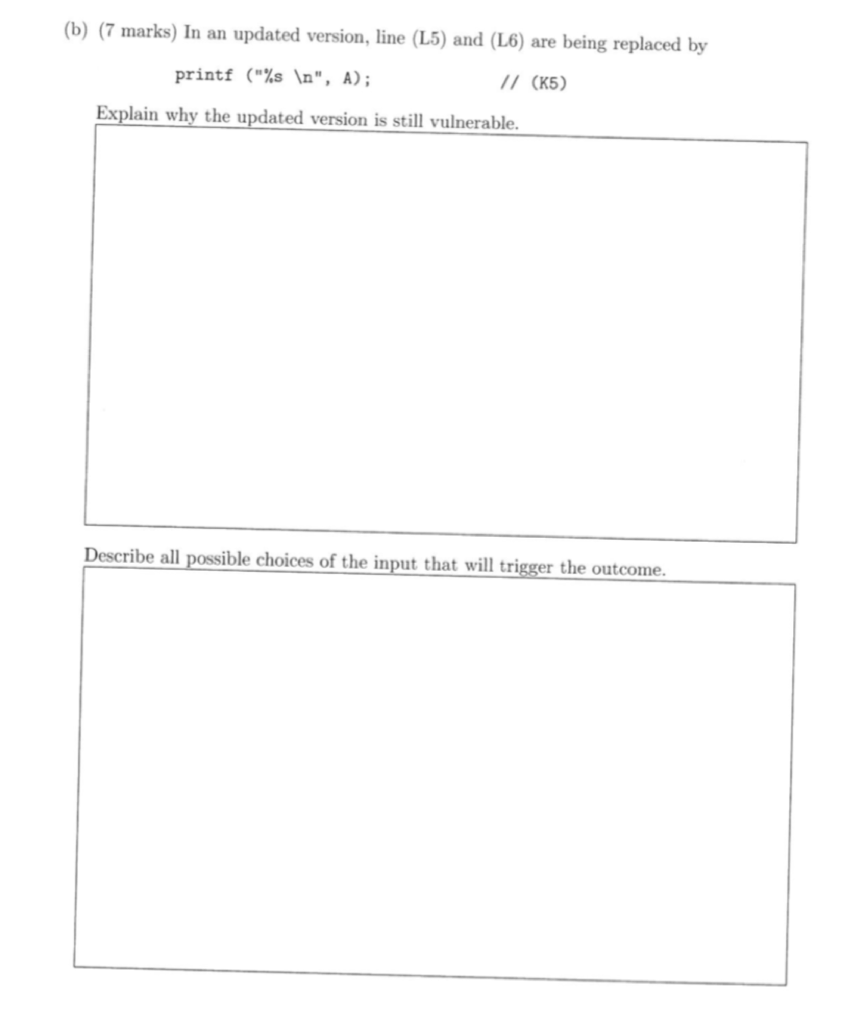 I have several discussions with my friends, and they suggested this solution for (a).

Later on when the loop is called, number of loops equal to the length of B, there will be a Buffer Overread as it reads outside the bounds of the array A.

When printf() is called, it will result in an infinite loop as with the same configuration, the '\0’ cannot be found in the array.

I’m not sure whether my logic is correct, but the worst part is I’m unable to replicate this.

Just running the code segment on MacOS Mojave, as shown below, already gives me an “Abort Trap, and many people call this Buffer Overflow.

I’m not sure about my logic and the reason why I cant replicate the problem, can someone help me out?

Your assumption is correct. The issue is with the logic in the for() loop. if you run the following code you will find it runs beyond the value of C in the exercise provided. I have added notes for you in the requirements of the exercise.

Not the answer you're looking for? Browse other questions tagged buffer-overflow c secure-coding or ask your own question.