Right now I'm looking at an office document (most likely rtf based on it exploiting equation editor) that opens just fine when you double click it, but on further examination in a hex editor and in entropy analysis (7.9) is technically encrypted, even without requiring a password to open. It seems as thought the workbook is protected, and I'm not sure how to access the cleartext version of the document on disk.

I need to know which vulnerability the document targets to determine coverage, but I don't know how to remove it.

How do I remove the "protection" from the workbook so I can save it without knowing the password? Trying password crackers "works" (I can still open the file and view it) but it seems to corrupt the file such that I can't save it as cleartext to examine it's internals.

I should mention that this is an .xlsx file.

Additional details based on conversation in meta:

My thoughts / needs for the file: 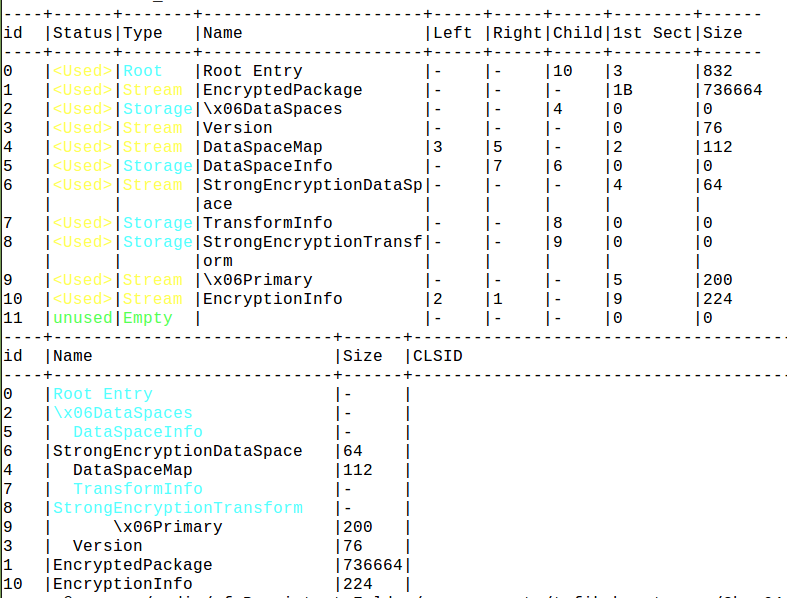 I know that VT lists the exploit directly in the header, but I need to know how to do this myself in case the next one isn't in the public domain and I can't submit it to VT (if the file is targeted then I can't share/post it on public platforms for opsec reasons).

Browse other questions tagged password-cracking office excel or ask your own question.