I have a REST API that is used by 2 separate application and is authenticating them by M2M OAuth2 Client Credential Flow. 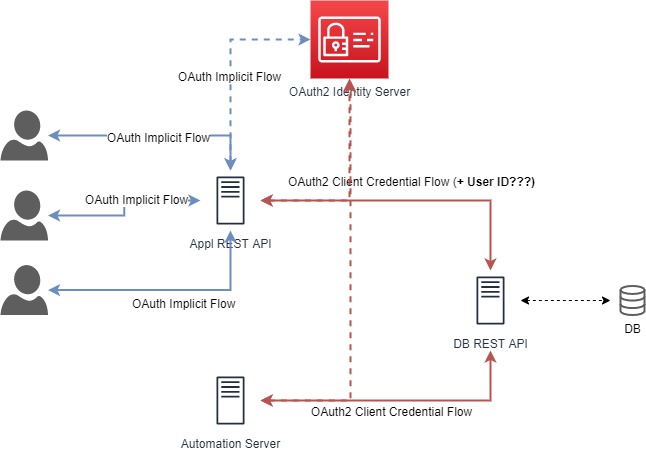 One of the two application is an automation service without user context. The second one is a REST API where users authenticate with OAuth2 Implicit Flow.

Now I need to include the user context in my common REST API too, since some information should only be shared to certain users.

What is a secure strategy to implement that scenario with OAuth2? I thought I could just include the user (or a fixed string in case of the automation service) into the Access Token of the Client Credential Flow but that doesn't seem possible.

If you are able to authenticate the end-users as well as the client server, it's better to use the Authorization Code flow.

Alternatively, check the user context during the API call instead of in the authentication step.

Not the answer you're looking for? Browse other questions tagged authentication oauth oauth2 openid-connect or ask your own question.