I am working on a service which offers information on the road traffic situation.

Users can subscribe to the service via an API, indicating the area and road classes they are interested in, and are assigned a subscription ID. With the subscription ID they can then poll the service for information. The first poll will return any messages from that area, subsequent polls will only return messages that have been added, withdrawn or updated since the last poll operation. (Edit: All these operations are part of an app.)

Users also change their subscription at any time, i.e. change the area and/or road class; this will leave the subscription ID unchanged. They can also unsubscribe at any time. There is no operation for “show me what I have subscribed to”, other than by inferring that from message updates.

Users are generally anonymous, i.e. the system does not collect any user information and does not even have a mechanism to determine if two subscriptions were from the same user. Specifically, there are no user accounts (edit: other than the subscription ID, which can be seen as part of an ephemeral user ID). The expected use case is that users subscribe to traffic news when they start on a trip, change their subscription if they change their destination, and unsubscribe upon arrival. Thus, subscriptions “live” for anything from minutes to hours, but typically less than 24 hours. Edit: Session expiration is still TBD. For practical considerations, poll intervals could be as long as 15 minutes, but there might be longer periods of inactivity. For “forgotten” subscriptions, expiration intervals would likely be several hours after the last operation.

The scenario I am mostly worried about is ID guessing, i.e. an attacker trying a random subscription ID to poll the service and/or change subscriptions. For the attacker profile, this suggests a script kiddie: an individual with the skill level of an advanced user who thinks it’s fun to annoy random strangers.

As for protection requirements:

I would assume that the best defense here is to keep the IDs as random as possible (i.e. any two possible IDs are equally likely to occur) and above a certain length.

If you have space to store it, consider a standard data structure like a UUID4. These are generated randomly and are 128 bits, or 2^128 different possibilities.

That’s enough for your app to generate a unique reference for every gram of mass that makes up planet Earth, for every person currently alive on earth (2^128 / 2^92 / 6 billion).

Brute forcing the UUID4 space is impractical, and offers sensible security with the benefit of widespread support in programming languages and databases.

It should be noted though that using UUID4 is only as strong as its underlying random number generator, you can see a discussion on that in this question. You should take care when choosing an implementation for your project, if you are going to use UUID4 for this use case.

If you need a slightly shorter value, or something that uses can type, consider a secure random generator that provides URL safe output, such as Python’s secrets.token_*.

You ask the wrong question. 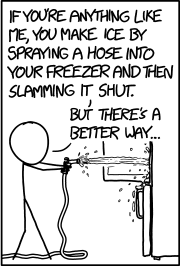 Right now, the problem you are facing is that you try to make ice by spraying a hose into your freezer and then slamming it shut. The question you ask is "What kind of hose attachment is recommended when making ice?"

How to prevent vulnerabilities by design

Right now, when a user registers and subscribes to your service, they receive a subscription ID. A much better system was to give your user a way to authenticate to the API, such as OpenID.

This way, the user can provide a token, which would authenticate the user to you. If you implement the system correctly, using short-lived authentication tokens and long-lived refresh tokens, then your user only needs to authenticate once to keep using the API.

The API would receive the user's authentication token, and would be able to see which user was subscribed to which services. The endpoint can't be abused by an attacker to gain information about individual people and their subscriptions.

Without going into possible design or architecture changes, here are some thoughts:

I'd estimate the likelihood of attack is low and so is the impact of a successful attack.

With all this in mind, an UUID4 will give you a key space roughly equivalent to a 24 character string, which is ~1036 combinations.

Does this answer your question? Maybe not if you were hoping for a number, although that number though it's up to you to estimate.

Your remark "there are no user accounts" is a misconception.

This way your question reduces to 'how can I create an unguessable password" which is discussed in many other places.

Not the answer you're looking for? Browse other questions tagged brute-force or ask your own question.

12
With which algorithm I can prevent a brute force on a login?
1
Are password-guessing attacks a real threat?
2
How to prevent DirBuster to stop listing apache server side files
15
Are HTTP brute-force password-guessing attacks common nowadays?
1
cyberattack by password guessing admin account logon type 3
2
Prevent Brute force attacks on WordPress with SSHguard
1
Is it possible to prevent WiFi password brute-forcing?