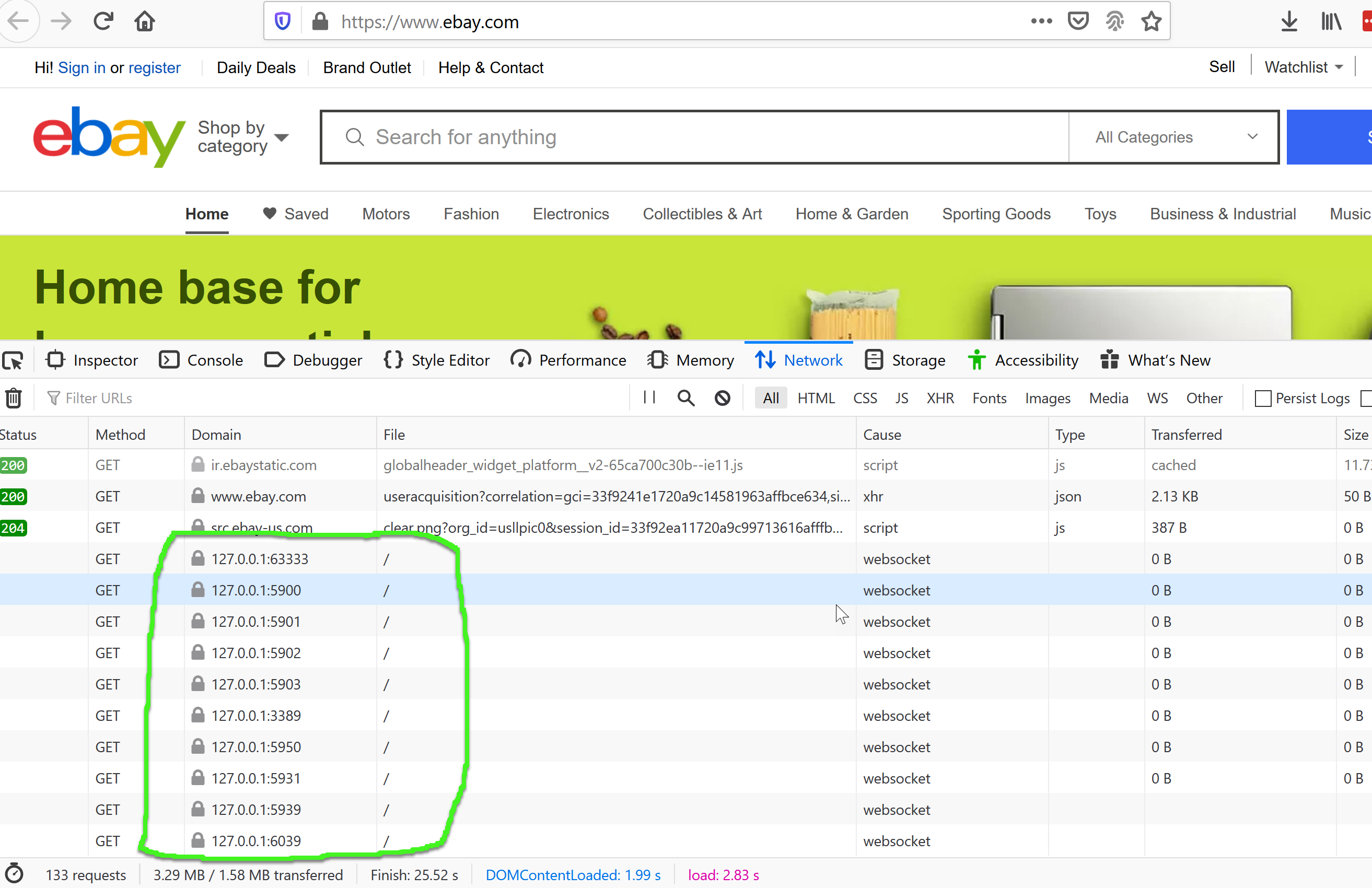 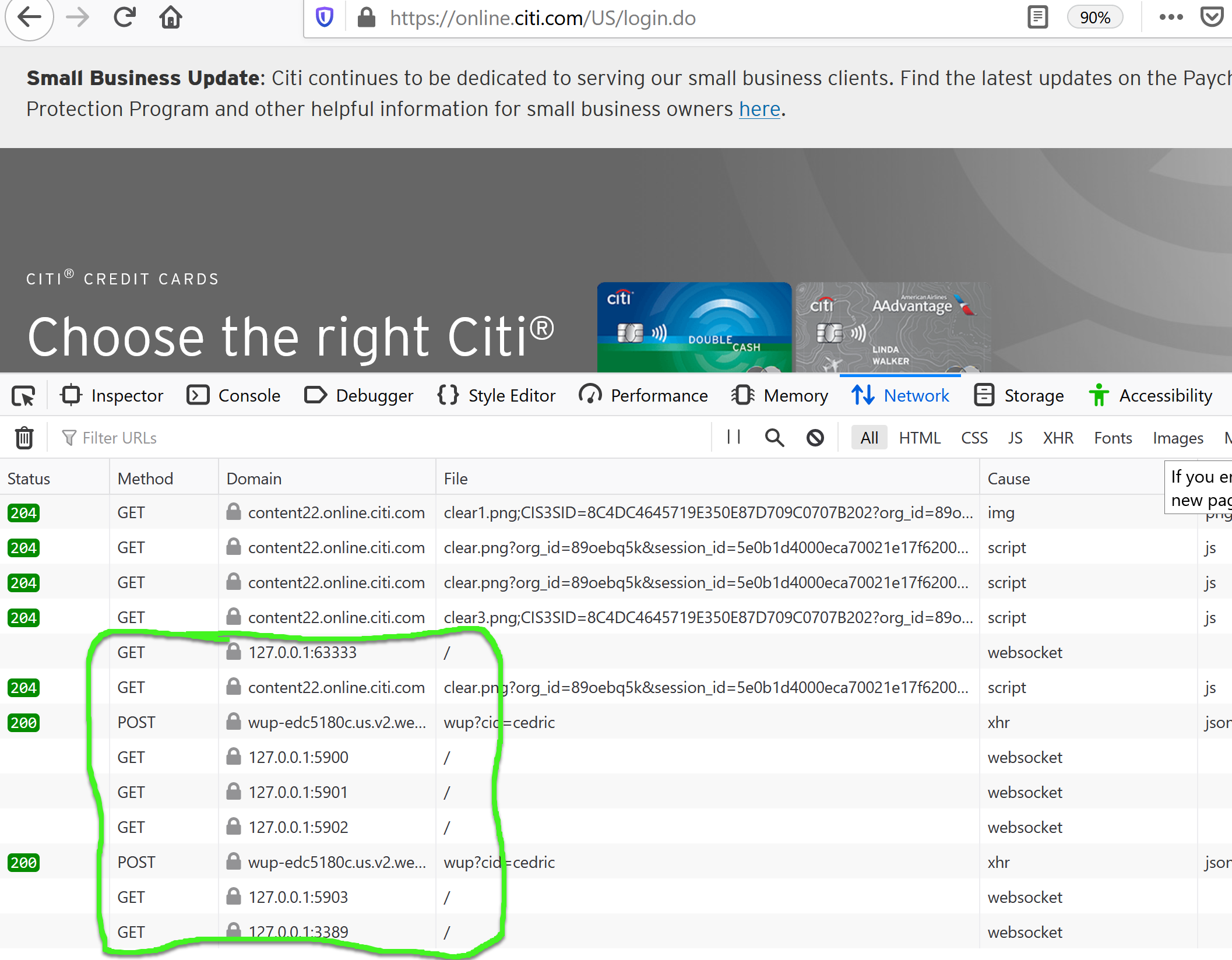 0
How do I stop external sites from doing ws://localhost and doing funny things to non-HTTP servers?
57
eBay web site tries to connect to wss://localhost:xxxxx - is this legit or they have some Malware JS running?

19
Can you secure a web app from FireSheep without using SSL?
32
How can I use this path bypass/exploit Local File Inclusion?
4
How can I validate time-sensitive data is coming from a mobile app, and not being forged?
2
Where can I find a list of frowned upon usernames for web sites?
11
How can a webpage scan my local, internal network from the Internet?
1
Prevent local web application from copy
1
Can malicious sites use session data from iframes?
1
Local Scans initiated from a VLAN Broadcast IP address