Not directly: you can always revoke the delegation

DNS is a hierarchical system, where delegation of control is always given from the top to the next level. I like this illustration from SophieDogg's article An Intro to DNS, because it recognize that some domains like bbc.co.uk are already from the same level of delegation than sub.example.com: 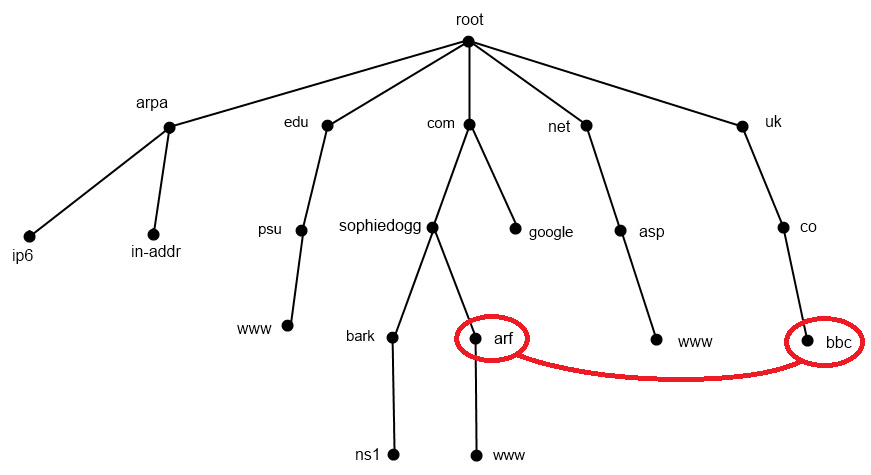 However, there are some indirect risks

Unlimited control over the whole subtree

Remember that if someone controls the DNS, it's possible to add all type of records, whereas if you controlled it you could limit these possibilities e.g. only to A records. In addition, it's possible to return different answers to different clients, making it harder to debug issues or detect abuse.

You shouldn't allow registration of arbitrary subdomains, as some subdomains may have special use defined in a protocol. That kind of subdomains can affect the whole parent domain. E.g.

This is essentially the same question than how a former owner of a domain can affect the domain you have just purchased. HTTP Strict Transport Security (HSTS, RFC 6797) is a feature that is cached for a long time, and if someone enables HSTS on the domain, it can only be disabled over trusted (valid certificate) HTTPS on the next connection. HTTP-Based Public Key Pinning (HPKP, RFC 7469) was removed from Chrome partly for the same reasons i.e. the risk of denial of service and hostile pinning.

Problems within this category, as well as web site related problems like cookies that can be used from subdomains (domain=.example.com) aren't related to DNS delegation, but letting someone else use the subdomain on other protocols. Therefore, the same issues would exist even if you didn't delegate the control of the subdomain to 3rd party name servers.

The phenomenon is thoroughly explained in HackerOne's Guide to Subdomain Takeovers. An abandoned subdomain could be used for malicious activities or a removed subdomain formerly in use could be re-registered to gain control over something someone else has forgotten behind. This can be prevented by disallowing re-use altogether or by applying long enough protection periods.

Not the answer you're looking for? Browse other questions tagged dns or ask your own question.