Can BadUSB be avoided by looking at the shapes and the controller model inside it?

I'm an average user. I don't take part or have any dangerous jobs.

I know that there is no fixed solution for this type of attack. However, I think USB is still become common devices for average user. So many average users still use USB as keyboard, mouse, dongle for transferring their data from phone to PC, etc. But after learning about BadUSB I became aware of it. So my goal is to prevent the badusb attack as an average user.

I have reviewed around 30 types of BadUSB by reading article, searching on several forums and looking at Github.

I have some premature conclusion that the majority of hardware inside of BadUSB is clearly different from a common or standard USB on the stores. Example lists of BadUSB,

I only found 1 (One) BadUSB type made by BrandonLW and Adam Caudill (github.com/brandonlw/Psychson) that looks exactly like standard USB. However, their codes only works for several USB controllers. This was also confirmed by DevElectron's statement at the Hak5 forum. ("i must start with mentioning that it can not be done with all the USB sticks you will need one with a specific Nand chipset on it."

So, what do you think about it? Is my understanding about BadUSB correct?

Or does ANY KIND of USB from official stores are vulnerable to this attack?

If any kind of USBs are vulnerable, that means this attack can even be applied to SSD External and HDD External, right?

Then, how can I make sure official brands of SSDs or USBs are safe from BadUSB?

No, you can't tell by looking at it.

There are two mistakes in your reasoning. One is that you're confusing two methods of attack: modifying an existing device, and making a device from scratch. The other is that your research clearly has an observation bias (presumably, because you're finding the things that are easier to find on the web).

Originally, BadUSB was an exploit of the firmware of an existing USB device. As any firmware exploit, it's specific to a particular device, or to a set of devices that use similar firmware. A lot of devices' firmware is susceptible to an exploit of this kind, but the exploit has to be written for each device. The goal of this exploit is to take an existing “inoffensive” device, for example a USB flash drive, and turn it into a multi-purpose device by adding the functionality of a hub (so that the device keeps working for its original purpose) and a malicious device, for example a keyboard to inject malicious commands. It works because from the point of view of the computer, the device is just sending traffic on the wire obeying the USB protocol. If the device can be reprogrammed to send traffic saying that it's a hub, then as far as the computer is concerned, it's a hub. This type of device obviously looks inoffensive, since it's physically exactly what you think it is: only the software running on the device is malicious.

“BadUSB” has been extended to a variant of this attack that reaches the same goal through different means. The goal of this attack is to have a device that looks like a flash drive, but is in fact a hub connected to both a flash drive and a keyboard. You can do that by modifying a flash drive, or by building your own device. If you build your own device, you certainly can make it look externally like an ordinary flash drive, but you don't have to. Hobbyist and security researchers who are demonstrating the possibility typically don't bother to ensure that they use chips that are small enough to fit in the intended volume and to mold them in a shapely plastic case. But there are also people who are doing this for nefarious purposes, and who therefore don't mind paying some manufacturing cost. If you're willing to pay the manufacturing cost, you can make a device that just looks like a random flash drive, but has a fake keyboard inside.

Your research has mostly found hobbyist projects for building a custom USB storage+keyboard device from electronic components that can be bought in small quantities for cheap. That's to be expected: those are the people who make web pages to explain how it all works. Actual black hats don't bother to do that, so they have a markedly lower web profile.

To get an actual assessment of whether BadUSB (including the built-for-purpose variant) is detectable, you need to look at the devices that attackers actually use, not at teaching devices. There doesn't seem to be a lot of publicly available detail about those. But I did find one article with a photo:

This doesn't look different from any other USB thumb drive.

Such devices are available for sale for only slightly more than a normal thumb drive. You even list one in your question, the Rubber Ducky: 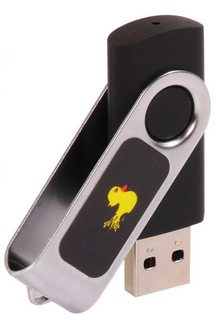 Once again, this looks like an ordinary thumb drive. The only thing that sets it apart is the logo, and that's of course extremely easy to change. Even looking at the electronics inside, you couldn't tell that it isn't just a thumb drive except maybe by knowing exactly what this particular model looks like inside.

You cannot avoid BadUSB by looking at devices. You need to know the chain of custody of the device. Only accept USB devices from people that you trust not to be malicious and not to be fooled by a malicious device. If you absolutely need to plug in a USB device that you don't trust, configure your operating system to only automatically accept USB storage devices and to require confirmation for any other type of device, and make sure never to run software from the device or to open a file that could contain malicious macros (such as Microsoft Office files).

And there is also the DemonSeed, which allows custom cables to be built, which makes visual identification more of a problem: https://youtu.be/7hToZTe-1LI

They are all listed on https://o.mg.lol

Not the answer you're looking for? Browse other questions tagged malware windows hardware usb or ask your own question.

0
BadUSB and external USB peripherals - is using a USB device in a sandbox a risk?

5
How does a client authenticate the domain controller
15
Can the BadUSB exploit be prevented?
6
How can I determine the domain controller when it's not in DNS?
4
How to check whether my USB flash drive was infected by the BadUSB
5
BadUSB: Why are firmware writeable in the first place? Manufacturer's backdoor?
10
Is all the alarmism around BadUSB really called for with respect to host devices?
3
How we can prevent innocent looking USBNinja (USBHarpoon) attacks?
0
Consequence of BadUSB and laptops?