On some internet banking websites, I've seen some CVV input fields that seem strange to me. Here is an example: 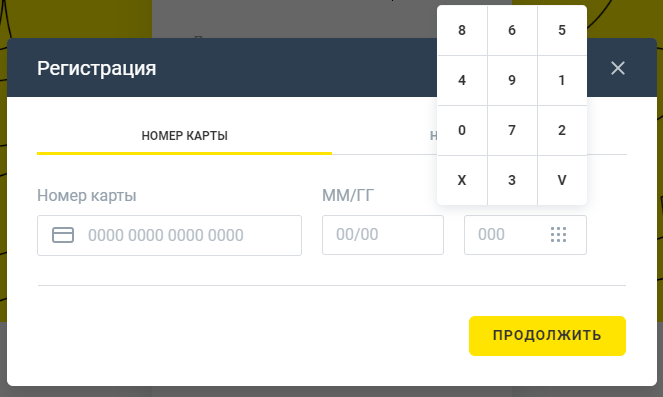 The field works as such:

So my question is:

Is there a point in making the numbers shuffled each time you want to input a CVV code?

I understand that you might want to disable the keyboard input and use a mouse instead to defend from keyloggers, but is there any point in making the positions of the numbers shuffled?

I do also understand that this approach is a good idea on a touch display as it removes the posibility of guessing the pin by the fingerprints on the display, but the cursor does not leave any fingerprints behind.

All your suspicions are correct:

Which threat is more likely? That's not always easy to guess. I'm not sure that any are likely at all. Those are not the types of threats that are dominating right now.

But what this does do is to make it look like the site is "really secure" for implementing such an extreme measure.

Not the answer you're looking for? Browse other questions tagged credit-card banks security-theater or ask your own question.

152
How does Amazon bill me without the CVC / CVV / CVV2?
3
Why does Amazon ask for the CVC/CVV if it bills without it?
15
Is a 3 or 4 digit CVV enough for online transactions?
3
Unencrypted data over Magnetic Card Reader. What are the security risks?
1
Does changing credit card numbers provide better security over time?
11
Best Practices for Security Questions
36
Why don't popular web services mask the CVV?
2
CVV info for over the phone or by mail transactions
3
Why CVV on the credit card at all?