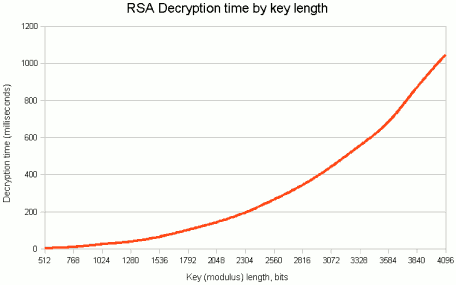 42
Is there any point in using 'strong' passwords?
25
At what length does a password stop making sense?
27
Is a passphrase-protected SSH private key susceptible to a dictionary attack?
30
How unlikely is it that a Google Doc link is guessed?
21
At what point does adding more iterations to PBKDF2 provide no extra security?
11
RSA key length vs. Shor's algorithm
7
Why do we have such big keys?
7
Are RSA 2048, ECDSA, and the SHA uncrackable in the sense that AES-256 is uncrackable?
11
Realistically, how much added security does having a passphrase on a ssh key have?
9
PGP RSA key size - encryption/decryption time
See more linked questions

4
Diffie Hellman - how large should the random number be?
4
Block cipher Implementation in C++
2
Why does not GSM use any stream cipher mode (OFB, CFB)?
2
Reducing asymmetric authorization token size
7
Why do we have such big keys?
0
Encryption - RSA vs. AES
0
Why are larger block sizes more desirable?
3
Why are private keys alpha-numeric?