Securing a Websocket Connection in case of XSS Vulnerability

How I'm doing this

Step 1 Client visits the website by making a regular HTTP request. Cookies are used to authenticate the Client and server responds with a JS snippet + AuthToken(Generated & Saved at Server):

Overview of both steps 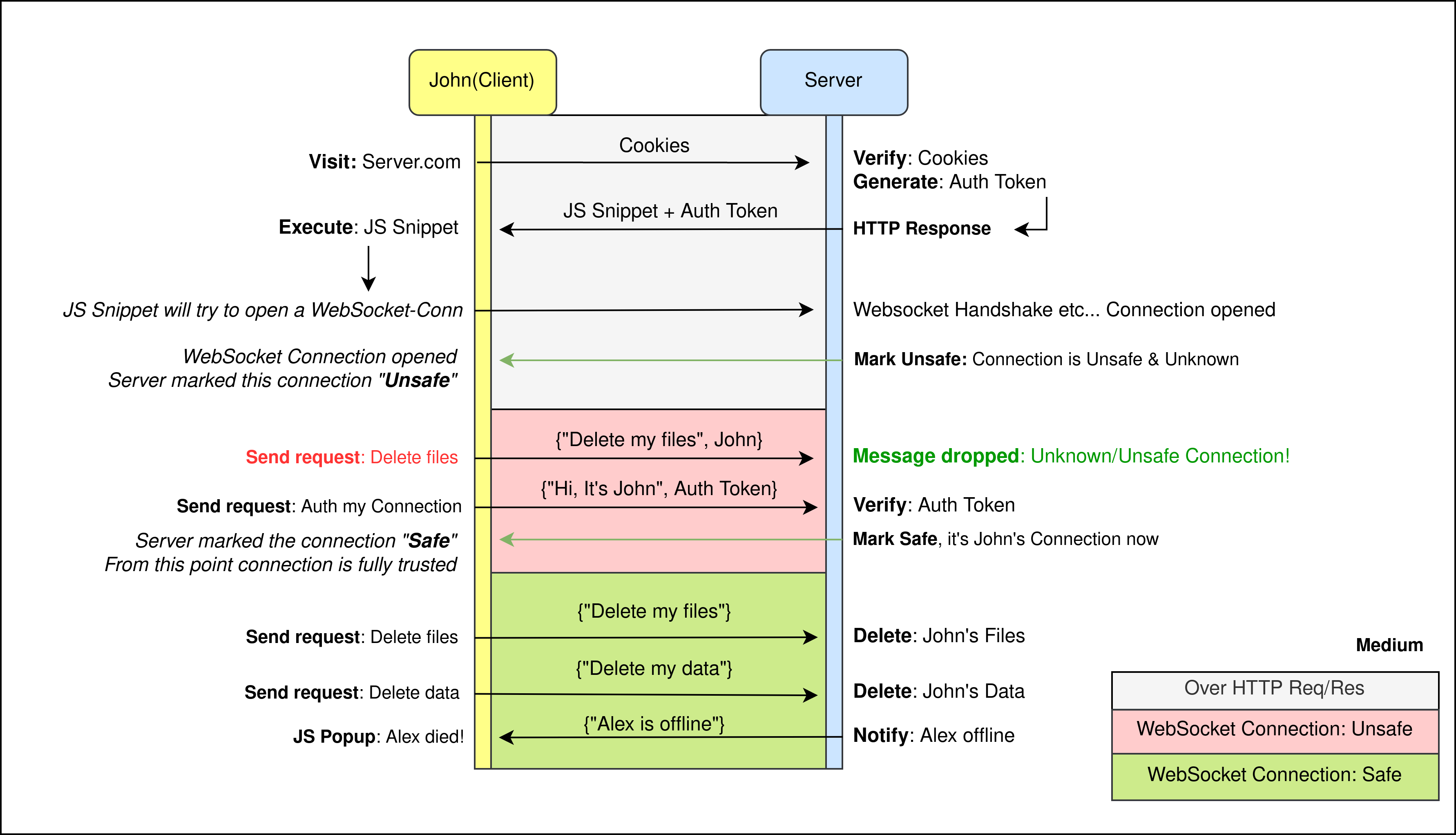 Assumptions in the case of XSS Vulnerability

I want to know if above system is reasonably secure against XSS?

No, unfortunately this isn't hard to overcome. There is very nearly nothing that can be done be legitimate script but not by XSS. The only exception is that, for some kinds of XSS / in some situations, the legit script might be guaranteed to run first (a significant advantage in adversarial code, though most legit scripts aren't built to take advantage of it). Depending on the situation, it also might not be safe for the malicious script to navigate the page, though this can be mimicked/spoofed in various ways.

Assuming that an attacker has carried out an XSS attack on an authenticated user of the site, the attacker then injects a script that does the following:

Alternatively, the attacker could instead simply modify the WebSocket.prototype object, monkey patching it so that (for example) any attempt to call send on any WebSocket will instead call an attacker-defined function that wraps the original WebSocket.prototype.send, letting the attacker view the sent message and modify or block it if desired. The wrapper also exposes the previously-hidden websocket object (via this in the wrapper function) so that the attacker can do things like add their own event handler for messages, letting the attacker see the responses of each message. This method can be prevented (by prepared code) using the freeze function to prevent modification of the object, but that requires the legitimate script running before the XSS-injected script.

Not the answer you're looking for? Browse other questions tagged xss spoofing same-origin-policy websocket or ask your own question.