Should I visit a website of a popular company if the browser warns of a potential security risk?

I have faced this situation several times. Some websites are presented as a potential security risk. Should I continue to browse such a webpage?

I am attaching one example, just an example. Actually I need a general answer.

I was trying to find out the specs of some equipment made by Gilardoni, an Italian company. I followed the link from Google, but the browser somehow thinks the website is a potential security risk. I investigated further and found that the webpage is presenting a security certificate that has expired just yesterday. The company is famous in this field, but how do I know that I am not being a victim of an MITM attack or there isn't something phishy going on? 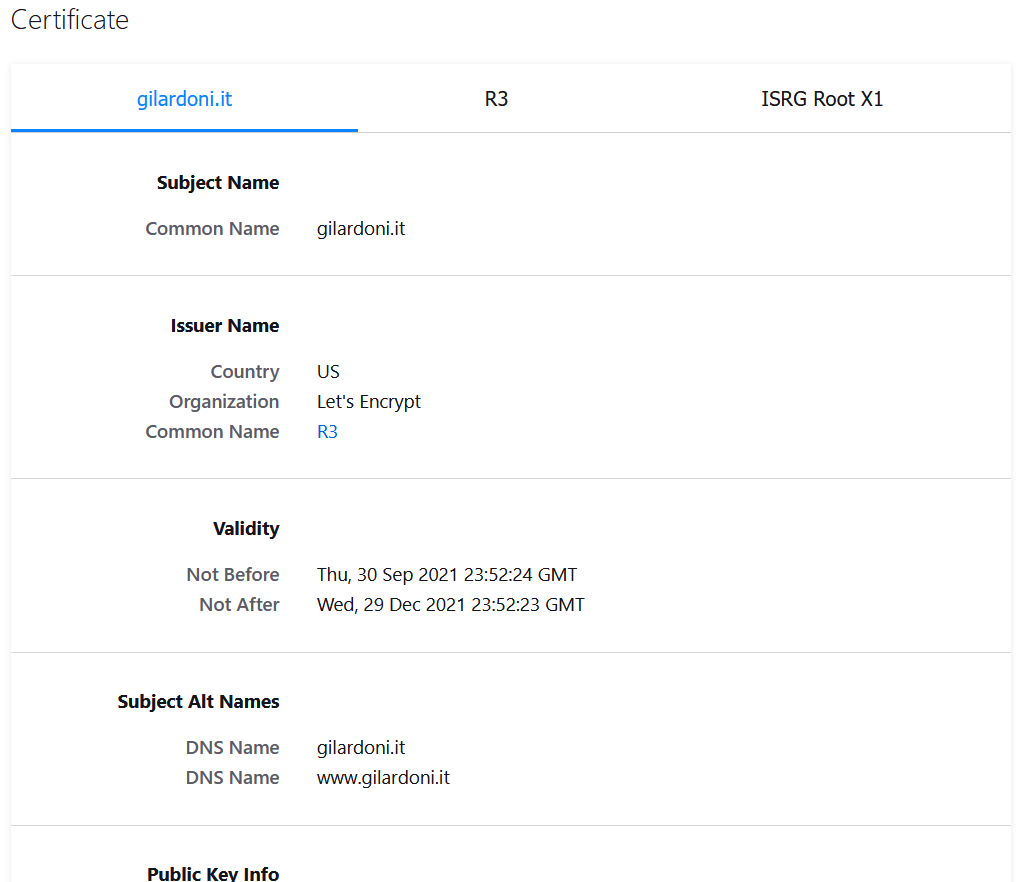 As a practical matter, in this particular case you're probably fine. Certificates have expiration dates for a number of reasons, one of which is that there's always some risk of compromise (leaking the private key, somebody factoring the public key, etc.), and regularly rotating them mitigates this. Sites that use manually rotated certificates typically use lifetimes of at least a few months to a year (historically often a few years, but most browsers don't allow that anymore). Let's Encrypt is designed for automatic certificate rotation, so the validity is set relatively short because to the server, rotating every month, or even every day, shouldn't be very hard. In this case, it looks like the server has failed to rotate its cert on schedule, which is a sign of some kind of problem (likely just some sysadmin screwed something up, or some automated maintenance tool got broken), but it's probably not going to put your data at risk.

In general, though, be wary. If the certificate is invalid for any reason other than expiration, that's a very bad sign. If it expired long ago, that's a bad sign. If it's a really high-sensitivity site (e.g. banking, legal, or government site where you're submitting very valuable data), that's a bad sign. If you aren't confident whether or not you can tell the difference between "certificate is valid except it just expired" and "certificate is invalid because it's from a MitM, but also just expired to make me think it was valid yesterday" then follow the recommendation of your browser and don't trust the site.

Of course "don't trust the site" means different things depending on what you're doing with it. Don't enter credentials, or personally identifiable information, or other secrets. (That includes, don't visit the site if you logged in before and the site remembers your identity! That's done by the browser storing and automatically transmitting a secret.) Don't download software. Don't allow any requests for access to stuff like your microphone, camera, or location. But if you're just looking up an owner's manual, or checking a restaurant menu, or checking some public record, it's probably OK. In any case, though, if you aren't sure, it's pretty much always safest to just... not. It might take a few days considering the holidays, but if there's nothing actually wrong, it'll be fixed soon.

It probably is a glitch in the server - Lets Encrypt/certbot also sets up a cron job to make sure certificates are regularly auto-renewed in time.

On my Lets Encrypt setup, the certificate is shared between e.g. 'host.entity.com' and 'www.entity.com', and 'something.entity.com'.

All that is required in my server is that a Lets Encrypt server can make a successful connection to each of the URLs listed on the certificate, then the certificate will be issued.

So if for some reason one of my "servers" (all same IP address, different DNS records) go down , I assume that means the certificate stops renewing.

If you want to trust odds, you never have to worry about an invalid certificate, regardless of why it is invalid.

Of course, they say the odds always catch up with you eventually…

Not the answer you're looking for? Browse other questions tagged certificates account-security phishing or ask your own question.

6
How and when should I use OpenSSL for IT Security? How do I understand the output?
19
If someone bought the .local TLD could that be a security risk?
19
Chrome SSL Warning: "You cannot proceed because the website operator has requested heightened security for this domain. "
16
Can malware change the website visited by browser?
1
Is it safe to visit any website in TOR when the Security Bar is set at Maximum? (Safest)