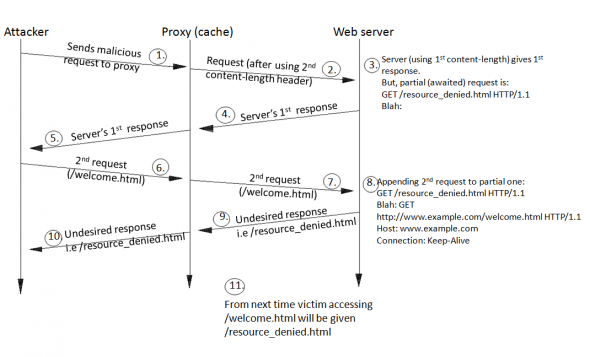 My question rather confusion is that there exist a view in the community that such attacks are no longer possible and are mitigated by the underlying framework. What are the mitigation strategies? are they client side or server side etc. I also find lack of authenticated reference in this regard.

As to Response Splitting, vulnerable application allows injection at http response headers level. So there have to be an attack vector in app that allows unfiltered input to be appended to headers section of response.

Today frameworks (like .net or J2EE, and probably others) offer programmers an API which can be used to mitigate/eliminate such attacks (in server side code). But as we all know "It's impossible to foresee consequences of being clever", so developers can avoid those protections entirely, leaving application vulnerable to such attacks.

So there isn't a strict yes/no answer. It depends on developers imagination.

Not the answer you're looking for? Browse other questions tagged webserver threat-mitigation response-splitting or ask your own question.

5
Why is this response splitting attack not working?
8
ASP.NET HTTP Response Splitting Attack