Is there any difference between circuit vs application level gateway except that one operates in layer 3 and another at layer 7 of OSI model?

I didn't get what Adi was trying to say. The example was cool but it didn't make any sense later on to me. 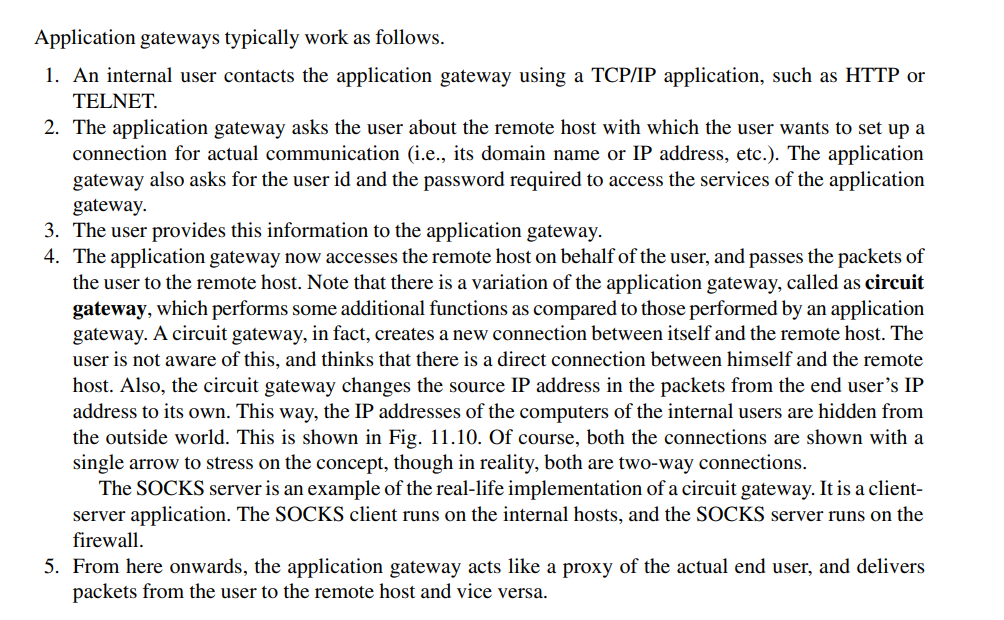 so I have confusion(and what I have learnt)-:

Browse other questions tagged firewalls or ask your own question.

6
What's the difference between an application-level and circuit-level gateway?
0
Circuit level gateway vs Dynamic packet filter

6
What's the difference between an application-level and circuit-level gateway?
1
Based on which criteria is this outbound traffic being blocked? Only HTTP passes, on any TCP port?
5
How does a firewall software intercept network communication?
2
FTP client development - firewall issues
0
Circuit level gateway vs Dynamic packet filter
3
What's the difference between an "application-aware firewall" and a "web application firewall"?
0
Are there any examples of network-based application firewalls?