According to google support I effectively own both email addresses as the dot is ignored. Given this, I am receiving a number of emails from apple for this ID (mainly app purchases, all through store credit), along with emails asking to verify the account.

To Clarify I do have an apple ID account, but it is not tied to my gmail account

Is he using your credit? If so contact Apple.

If he's not, then he just might have the same name as you and he's not really doing anything wrong. What you can do is send an email to apple making them aware of the problem so they can force the user to choose a new email address. Since you do not own the apple account, it's not really your right to change the password.

If there is a possibility that the other user could currently purchase apps that would get charged to you, I would change the password now to lock it out.

Obviously right now you are getting emails asking to verify the account, but a small amount of social engineering may allow him to charge to you.

Most likely sounds like a typo. If I understand correctly, they entered the wrong e-mail address when making their Apple account and it ends up making it so you get the e-mails intended for them. Send Apple an e-mail about the problem. There might even be details about what to do in the e-mail verification. If you change their password on them, they will may have no way to recover their account if they just made an honest mistake. It's really up to Apple to decide how to deal with an invalid e-mail address on an account since it isn't at all affiliated with any account of yours.

I have the same issue and I dont think it is due to a typo. Someone named Dan Myers used my gmail email address to open an appleid account. I googled my problem and found this, where someone says in a hotmail forum:

I have been receiving emails from Apple to verify my address so they can process it.It was addressed to a Rose Myers,my name isn't Rose Myers. But she is using my hotmail address to open the Apple account with,so how is this possible? And now I have received an email from Apple that's addressed to her but sent to my email saying that her password has been reset. This is my email account,what is going on? If any one has an answer to this please reply asap as this is urgent,thank you.

I find it a remarkable coincidence that the name of the person who allegedly typoed his email address is "Dan Myers" in my case and "Rose Myers" in the case of the guy posting in the Microsoft security forum.

There may be a way of contacting them directly. Via the Apple ID. 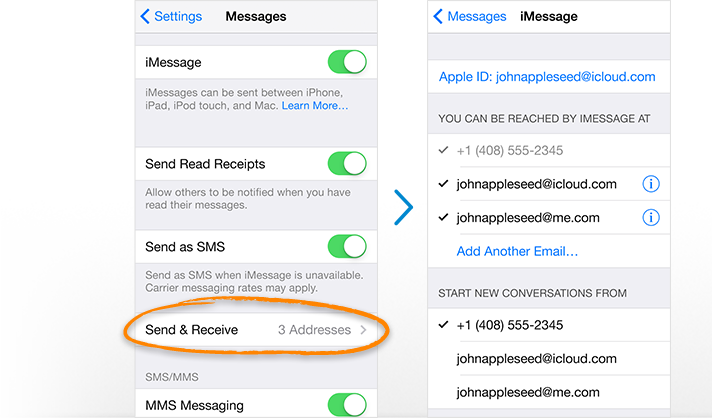 Not the answer you're looking for? Browse other questions tagged macos or ask your own question.

2
Apple Mac Security - What do I need to know?
4
Apple FileVault — would Apple build a backdoor?
6
Why did Apple think OS/X was virus proof?
12
What is going on with my download of the recent Apple security update?
2
Does Apple backport fixes?
0
How safe are the passwords suggested by Apple keychain?
1
Apple device management
7
How does “Unlock your Mac with Apple Watch” work? What should I consider in the Enterprise?
1
How secure is a Mac if it passes Apple Diagnostics?