Does a commercially available self destructing HDD (set in BIOS) exist?

Does a self destructing HDD (physically destruction) that will destroy after a certain time exist, or when I use some software to initiate its self-destruction?

I guess it need to be set in BIOS or on some other "lower" level?

I mean, a HDD that I can buy as a casual customer, and I don't need to be part of a government or some agency.

If somebody stole my laptop and accessed my data using the right password, then after 24h I want to destroy the HDD, unless the attacker knows that I have set my HDD to self-destruct on some BIOS-level, and re-enable the next 24 or 48 or some other time hour period e.t.c. But this is just an example, in reality it could be done differently.

There is no hard disk drive, or a solid state drive, or any other non-volatile computer memory on the market that would have self-destruct capabilities and a casual customer could buy. There's also a good reason for this. Let's, as an example, see what a military grade RunCore's InVincible SSD does: 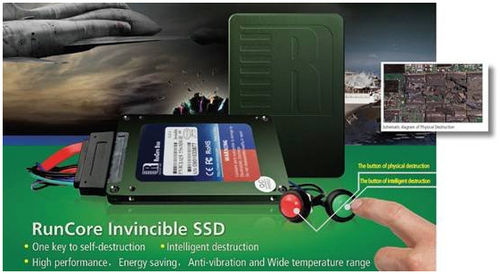 Besides typical elimination of all data through overwriting, the InVincible SSD can completely destroy the data by physically destroying memory and other chips inside the drive by burning chips down physically.

The RunCore InVincible SSDs allow to protect sensitive data from third party access in two ways with a single click. One method is an intelligent elimination of all the data by overwriting the entire disk with meaningless code. This overwrite-deletion method ensures that there is no way to potentially recover previous data stored to the device, effectively setting the SSD back to factory default. Still, there are various data recovery devices not available commercially which can, perhaps, recover data even after overwriting.

A less subtle method is the physical destruction of memory chips inside SSD by applying an over-current to the NAND flash memory and thereby physically destroying them.

Here is a YouTube video presentation from the manufacturer.

But let's make one thing perfectly clear. I'm not in any way endorsing this product. In fact, I don't know of a single store that would be selling them, the presentation documentation and the video are lacking on detail, credibility* and quality. And all of it was a bit of a joke among friends back when this story hit the web. If you watch the presentation video, you'll see what I mean for yourself.

But let's for a minute assume this drive is real, and it does what it says on the box. Would you be able to buy it as a casual customer? No: 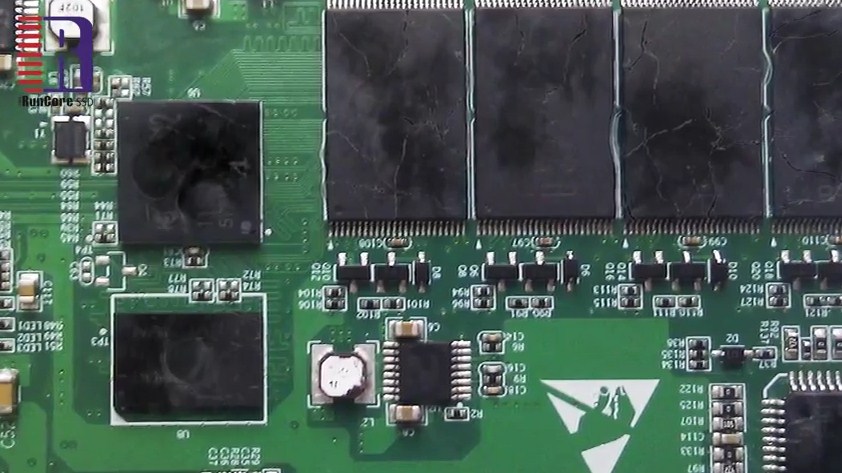 This is supposedly how the circuitry looks like after self-destruction. There's been a lot of speculation on the web this image (the only one you'll find) was faked. I can't say it doesn't look like it was faked to me also. Note the PCB assembly helper lines (white) next to the storage chips that seem to have melted too.

There's a good reason for that too, considering it's at the very least a fire hazard, and if you'd use it in your laptop, let's not even consider what all would start happening, if you forgot about it and wanted to board an airplane (although same should be true for any other public transportation vehicles, possibly public places too).

* I didn't manage to find a single proof this product actually exists, or that the presentation slides and video were not faked, possibly as a demonstration of planned capabilities for military contractors.

Something like this may be of use, but your best bet would be to customize it using a 3G modem wired up internally that's 'always on' so you can remote kill-switch it.

I remember seeing, years ago, a couple of demo units of hard-drives for servers where if they were removed without authorization, the would inject a tube of magnetic particles and sand into the spinning drive platters followed a few seconds later by another injection of quick setting epoxy resin. If i recall correctly, this could also be triggered across the network under certain circumstances. I did look for a link but no luck.

There really is no need as of current. Self Encrypting Drives (SED) are available for "causal customers" for a while now, in laptop and enterprise HDD versions from the major HDD manufacturers. The data on those disks is encrypted by a sufficiently strong algorithm (e.g. AES-128), the key is stored on a separate portion of this disk and encrypted by another key which is either supplied by the user (by typing, off a smart card, ...) or residing in the system's TPM.

Wiping the keys or forgetting the key-decryption key effectively makes the data unreadable unless someone breaks the encryption algorithm or builds a quantum computer operating with at least 128 qubits which is not likely to happen any time soon. If the data you store on that very disk would significantly be decreased in value in a 10-year timeframe, you can consider an SED to have "safely wiped" the data as soon as the key is gone.

Testing a self-destruct mechanism is tricky. Sure, all the test models may have worked, but how do you know yours does.

Seriously though, this isn't a very good idea unless you're guarding the codes to start WWIII. The most likely outcome is that you will lose your data accidentally because you broke your arm and spent 16 hours in the ER.

20
Is it possible to construct a passively self-destructing message?
10
What use does a BIOS/EFI password have?
14
Mitigating forensic memory acquisition when an attacker has physical access to a workstation
7
How can I determine (as a layman) if an E-mail was set to self destruct?