Are there any guidelines for passwords that need to be read out loud?

I recently saw the movie Olympus Has Fallen.
Like in many action movies, at the end a missile is launched, and the hero (Mike Banning, played by Gerard Butler) has 60 seconds to recall the launch in order to prevent a disaster. (Spoilers!)

The way to recall it is by inserting a password, but Banning doesn't have the password. Instead, he has radio contact with the pentagon, who do have it.

So the person from the pentagon is reading the password to Manning over the radio: "Lima, Charlie, Hashtag...". But Banning doesn't have a clue what a hashtag is, so he yells: "What?" And the pentagon perso repeats: "Hashtag?" And time is running out... And then someone else from the pentagon yells: "Shift 3!".

And America is saved...

After the movie was over, I thought a lot about that scene. I realize that in real-life there are rarely cases in which a password should be read out loud (most of the time, if it happens, it's because people share passwords, and that's a different problem...).
But here is a case in which the only way to get the password is by saying it over the phone, and it's not a personal password - it's a password only used in an emergency, by whomever has access to the missile launch dashboard.

Now, I know there are various guidelines for passwords: How to make them easy to remember but hard to guess, how to avoid confusing characters, etc. But has anyone come up with rules for over-the-phone-read passwords? I agree, it's a small niche, but at least according to Hollywood – it could be crucial… 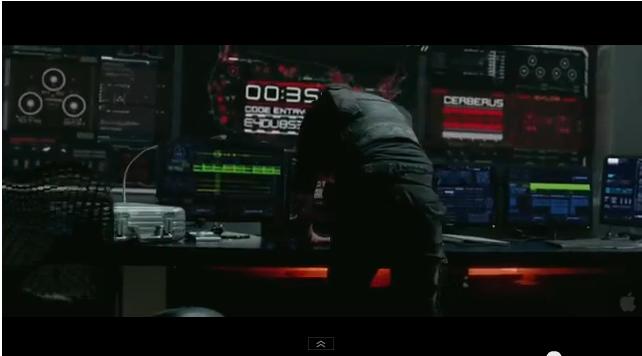 To be clear, this is not about "how to read it", but rather "how to choose a password that CAN be read, but is still strong".

The solution is simple and is already widely practiced: don't use any special characters in passwords.

When a password is read out loud, there are many steps that can go wrong:

There are 95 printable characters in the ASCII character set, which is all you can expect to find on a PC keyboard. On a Mac or mobile device, even some ASCII characters can be hard to type. (Try typing | on a French Mac.) If you generate a random password with n printable ASCII characters, there are 95n combinations. If you restrict the password to a smaller character set containing only C characters, then in order to have as many possible combinations (i.e. as much entropy), you'll need to make the password longer. There are Cm passwords of length m, so you need to achieve Cm ≥ 95n, i.e. m ≥ n × log(95) / log(C). Here are a few values for the multiplicative factor:

Microsoft already has done something like this with their product key alphabet. They selected a subset of characters that are distinctive, and excluded characters that could lead to either confusion or offensive words.

The hyphen character is used to separate five character groups, but is not significant.

Product keys are broken into five character groups, separated by hyphens for readability. The fifth character of each group serves as an independent check character, ensuring only that the group of five was typed correctly. (It's just a check sum, and doesn't indicate if that group is part of a valid password or not.)

Why this relates to you is that if you are generating passwords, these can be completely unambiguous whether spoken or typed. Nobody has to ask "Oh or zero?" "Two or zed?" There are no symbols that can cause the difficulties you encountered. Furthermore, you would translate them to upper case in software to avoid case issues. And they are common to all languages that use the Latin alphabet.

The drawback is that with only 24 possible symbols, one character can offer only 4.8 bits of unpredictability. For equivalent security a password has to be three times longer than a password that can have upper case, lower case, numeric digits, and symbols. To that, add another 20% for the check characters. That makes every 128-bit password a hefty 35 characters long, or seven groups of five. (Microsoft's five group scheme offers 96 bits of uncertainty.)

The ICAO/NATO phonetic alphabet is used primarily to distinguish between letters that sounds the similar when spelling them, like d and b, or n and m. All of the other special characters cannot be spelled, they have their own names.

The Australian Amateur Radio Service Emergency Communications has a training manual that talks about that.

Other sources even list almost all needed special characters: 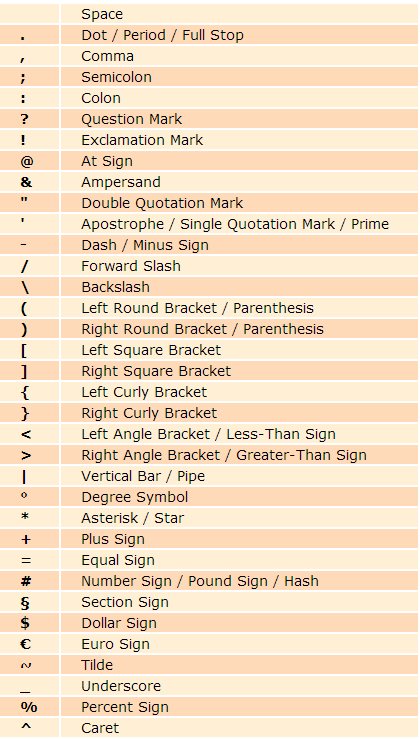 "Reading aloud" is about enunciating a sequence of "phonetic symbols" in due sequence. You want these symbols to be unambiguous when pronounced. It so happens that we humans have such a system: it is called words. When I speak a sentence, it consists of a lot of words, which other people don't have trouble understanding because their brains are highly trained, from their prime infancy, to do such a thing.

So what you want is a nice "alphabet" of words which are easy to make apart, as well as a convention for turning the words into the characters you type. The convention with Alpha = A, Bravo = B, Charlie = C... is just that: a set of 26 symbols, each being encoded as one letter. Each symbol, randomly generated in the list of 26, is worth about 4.7 bits of entropy (because 26 is almost equal to 24.7), so just generate as many as needed to reach the appropriate entropy for your target security level. 20 letters ought to be highly sufficient for most purposes, including launching nuclear missiles (that's 94 bits of entropy; anything beyond 80 bits is really good).

Another similar method is the famous one which leads to passwords like "correcthorsebatterystaple". In this case, we have a "list of common words", assumed (in the comic) to contain 2048 words. These are your symbols. Each is worth 11 bits of entropy (because 2048 = 211), so eight words would bring you to the very comfortable level of 88 bits. The symbol-to-keystrokes convention is then: type the whole word. Such passwords have the distinct benefit of being easy to remember, easier than sequences of random letters. However, they imply more key typing.

The longer the symbol list, the more probable confusion can occur. For instance, you say "battery staple" but the secret agent at the other end of the line understands "bat tryst apple". Also, I would not like the idea that the nuclear safety of America relies on the spelling skills of some field agent: he is highly trained at beheading enemy spies with his bare hands, but will he know that "battery" is not spelled "batery"? It's not like password entry fields contain spell checkers...

I thus tend to consider that the best passwords that can be "read aloud" are sequences of random letters. Sequences of digits could be used, too: less entropy per digit (3.32 bits), but we have decades of experience about customers reading out their credit card number through a phone line to some underpaid operators, and this works. In any case, as with all password things, randomness reigns supreme: make each symbol a random uniform choice, independent of the other symbols, and accumulate as many as necessary to reach the entropy goal.

Not the answer you're looking for? Browse other questions tagged passwords physical password-policy entropy or ask your own question.

1260
XKCD #936: Short complex password, or long dictionary passphrase?
80
Is it OK to tell your password to your company's sysadmin?
24
What chars should I not allow in passwords?

25
Intel How Strong is Your Password page, good advice?
1
How different should passwords be?
30
How secure is Snowden's MargaretThatcheris110%SEXY password?
6
If A Password Is Unique, Does It Really Matter How "Strong" It Is?
91
Is there a threshold for a password so long it doesn't get any more secure or even becomes insecure?
4
Bitwarden PIN protection mechanism
0
How would I safely store a password locally?