This has been rewritten because at first I thought this may be an accident but now it’s clear there’s a security compromise.

In my Google Calendar I noticed an event that occurred each day from 11am-12pm titled "Hey man how you doin'". It had the description “How you doin ??”. I did not create this event. I tried deleting it and selected “all in series” but only one entry was deleted. I then clicked on the event and noticed it said I was attending this event and I changed this option to not attending. Then all the events similar to it were removed. I now see I have other events I did not create such as one from 5am-6am titled “Get up lazy bastard”. I have an android phone and android tablet, both synced with my Google account. I also have Outlook connected through IMAP to gmail.

I connect to the internet through a VPN whose exit point varies so it would be hard to tell if there were any suspicious logins.

I just ran Windows Update and some of the security updates failed. What is going on and how can I prevent this from happening again? The calendar shouldn’t be shared with anyone.

UPDATE: I changed the settings in google calendar not to automatically add invites. Also I changed the password. Now on my facebook I a post was made by me I didn't make 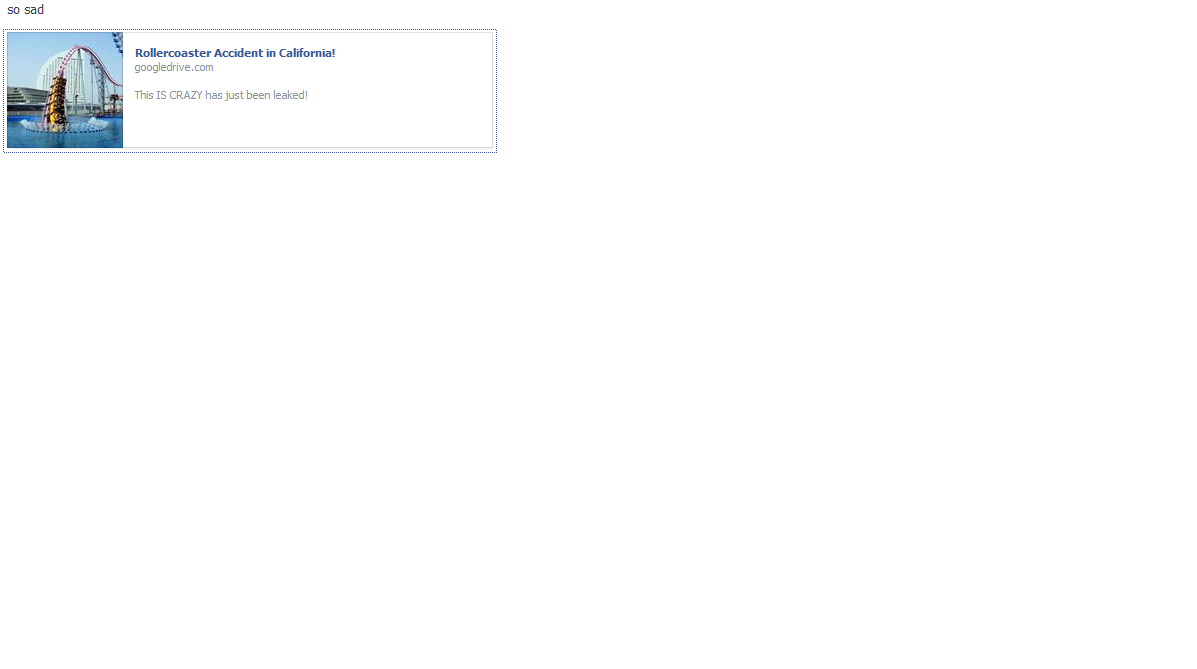 Why does it say googledrive.com?

You can check all your Google login activity from https://support.google.com/mail/answer/45938?hl=en

Keep in mind that a spam email / calendar invite that would have made it to your inbox works show in your calendar as a possible entry yet to be accepted.

If above is not the case, then as pointed out by @David, check your login activity on Google account and log out all your sessions from there. Also, it is recommended to change your password after such suspicious incidents.

Chances are someone invited you to an event. I had the same major freakout a few months ago when I first had this happen to me. Some spammers will invite you to an event that either has a nefarious link or pimps some snake oil product for you to buy. The invitation shows up on your calendar until you decline it.

The setting that you most likely want to change is "automatically add invitations to my calendar". If you don't want to do that, just block the sender and move along.

Edit: Instructions for changing that setting are on this page: https://support.google.com/calendar/answer/83117?hl=en

Have you gotten your Android devices checked for suspicious activity? Think on the lines if you have a rooted device and/or installed apps from "other" sources. It has been already shared at https://stackoverflow.com/questions/3721963/how-to-add-calendar-events-in-android.

Check the privileges that you have assigned for installed apps.

Not the answer you're looking for? Browse other questions tagged access-control android google system-compromise or ask your own question.