The impact of the Sony attacks on the security industry [closed]

Ask Question
Asked 10 years, 6 months ago
Active 10 years, 5 months ago
Viewed 444 times
2
It's difficult to tell what is being asked here. This question is ambiguous, vague, incomplete, overly broad, or rhetorical and cannot be reasonably answered in its current form. For help clarifying this question so that it can be reopened, visit the help center.
Closed 10 years ago.

First of all there was the PSN hack, which was compromised due to a vulnerable version of Apache and no Firewall and using a developer console. Then Sony Greece fell due to an SQL Injection attack. Then there was a phishing site on Sony's Thailand servers. Then Sony Canada and Sony Japan were compromised. Then today SonyPictures.com was compromised.

How significant is itfor such a large corporation to be continuously attacked like Sony have been and what if any impact will these attacks have on the IT Security industry?

Febuary 16, Bret (Trixter) McDanel pokes around in the PSN trying to reverse engineer connection protocols and chat protocols. Essentially breaking the trust model of PSN by issuing a self signed cert and bouncing off a proxy he controlled. http://173.255.232.215/logs/efnet/ps3dev/2011-02-16 (Wired Details some of that) http://www.wired.com/threatlevel/2011/04/trixter/

DDOS Performed against Sony by Anonymous for filing Suit against GeoHot. Claims by many, including Sony, was this was used as a great distraction by the malicious attacker. http://www.eweek.com/c/a/Security/Sony-Data-Breach-Was-Camouflaged-by-Anonymous-DDoS-Attack-807651/ 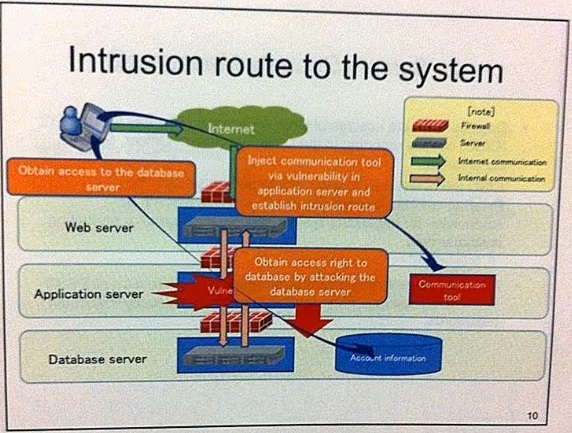 SOE Announces "No Breach Has occured"

Not the answer you're looking for? Browse other questions tagged attacks or ask your own question.

8
Security attacks on PHP web applications
14
What should I look at in the event of a major vendor suffering compromise with unspecified impact?
2
Does the CVSS impact score correspond to probability?
5
Difference between masquerading and replay attacks?
2
Security implications of the contents of /proc/self/environ in LFI attacks
4
Turing-completeness impact on system security
3
How does a security countermeasure failure impact a system?