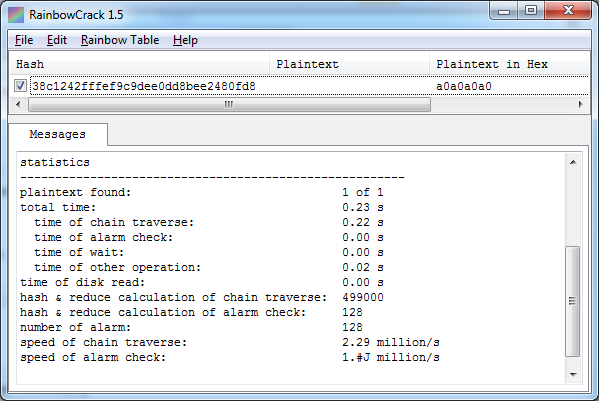 14
Why limit passwords to ascii printable characters?
3
Will using unicode chars in my password increase security?
0
How much more secure would using alt codes in a password make it?
58
Is it a good idea to use the entire Unicode range to generate a random password rather than limited ranges?
75
How reliable is a password strength checker?
161
What are rainbow tables and how are they used?
3
Make password using special characters

118
How difficult to crack keepass master password?
5
Faster methods for decrypting a TrueCrypt disk, esp. knowing the algorithms used
0
How much do unusual characters in passwords help?
3
What scenario are 'extra' strong passwords and hashing algorithms actually protecting against?
2
Using an in-browser tabula recta to generate passwords
2
Are partial passwords a security improvement over full passwords?
2
Is password strength exclusively a function of character set size multiplied by password length-in-characters?