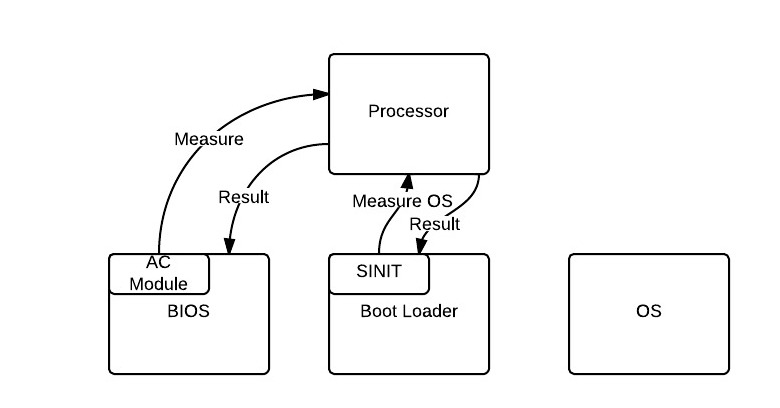 48
How does the TPM perform integrity measurements on a system?
14
Write-protection at hardware level for security
1
What's the feasibility of making a hostile TPM chip?

11
Does "late launch"/"dynamic chain of trust" allow remote attestation?
5
What is the correct way to remove bitlocker secrets from a TPM when returning a device for warranty?
7
If smart hardware is evil can I still securely run software?