LastPass Grid Authentication vs Google Authenticator which one is more secure?

[Being a LastPass user] recently I moved to Google Authenticator instead of using Grid Authentication as a 2-factor security. For me, finding and filling letters from such a dense matrix is a rather clumsy task.

I have basic understanding how Grid, Google Auth some some other LastPass 2 factor-authentication work (Yubikey/Sesame, ...) In general Yubikey is considered slightly more secure than GoogleAuth, so I'm just wondering the comparision between the Grid and Google Authentication App. 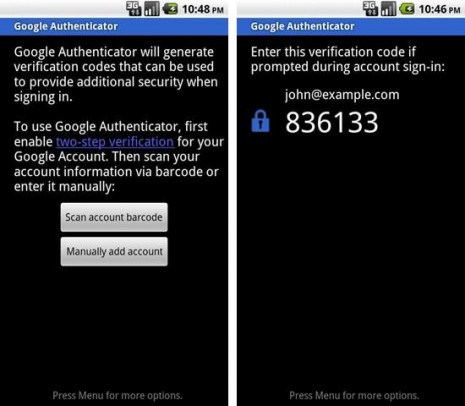 For example: the phone can be lost (it can be stolen or something). In that case, isn't it true that all the pseudo-random numbers being constantly generated by the app are easily exposed to the thief? (If one use the GoogleAuth app extensively, and if he does not protect his phone very seriously - well, doing so slows down our process to open the phone, so normally people just apply some simple pattern) 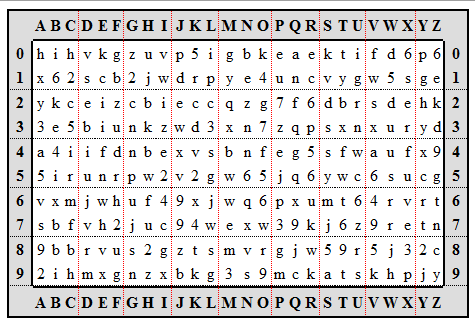 For Grid, the normal choice is to print it out and put it in a wallet. Of course, your wallet can also be lost, but if you do not need the grid very frequently, you can keep it at a safe place at home. Not carrying the grid around reduces the chance someone might get it. This is different from the phone: you always have to carry your phone around.

So paper-based grid may be clumsy, but from some certain perspective (as the example above), it seems better. Now consider the "security" aspect, which one can be considered better secure (theoretically/practically) than the other, and why? Or they are just the same level?

It's not very easy to quickly find the corresponding content of the coordinates:

Edit: This guy has made a really good slide about Google authenticator. Well, the case of phone lost is somehow "trivial" but the seed to feed to TOTP is stored in plain-text.

I personally prefer Google Authenticator which is basically an elegant implementation of Time-Based One-Time Password Algorithm but I would not feel comfortable saying it “is more secure”.

To use one of my favourite buzzwords… it all comes down to Threat Modelling. What exactly are you trying to protect against? Is it a technical attacker who might be able to get malware on your phone? Or one of your mates trying to post dirty things on your Facebook page? I think the most important difference between the two methods is: is the attacker someone who might have physical access?

There are also a huge number of variables, do you encrypt your phone? Does your phone automatically lock? Do you leave your wallet un-attended? It’s impossible to give a finite answer but each has its pro’s and con’s and fairs better in some areas than others. Some interesting points are:

When an attacker has physical access you have lost, but some things hold up better than others.

This is an interesting one where I feel Authenticator has a slight edge. There have been several banking trojans that use Man in the Browser attacks. Neither of these will stop that but:

This is a massive factor that often gets overlooked in security. Even if one was far more secure than the other what is important is making it usable and seamless enough that people will actually use it.

As such, I'd argue they are roughly similar. Perhaps the tradeoffs are that,

They are both still vulnerable to sophisticated active man-in-the-middle attacks, or theft.

Not the answer you're looking for? Browse other questions tagged authentication hash multi-factor one-time-password or ask your own question.