passwords password-policy
Share
Improve this question
asked May 14, 2014 at 0:56 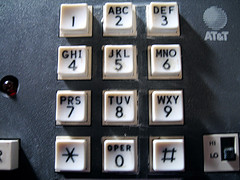 100
How to create a company culture that cares about information security?
50
Why would a password requirement prohibit a number in the last character?
16
Does it indicate a bad password system to disallow certain characters in passwords?

27
Best password strength checker
1
Authentication with an untrusted server
120
Password rules: Should I disallow "leetspeak" dictionary passwords like XKCD's Tr0ub4dor&3
34
How to prevent username and password matches when changing a username?
140
Internet courtship: Why would a hacker buy me poker chips?
2
Why is it still necessary to block brute-force attacks when passwords hash verification requires significant work?
2
Can you help me with some misconceptions about bcrypt and salting?
1
Why don't security conscious websites use a combination of private unique identifier and password to secure their logins?