What are the risks of using Tor browser? [duplicate]

Are there any risks to using Tor browser? Does it make you more prone to being hacked, since a majority of hacker community is using Tor?

It is almost secure and it doesn't matter hackers are also using TOR for anonymity. Since the traffic is encrypted at every hop your communication will be secure till the exit node of TOR.

It is the node where your Traffic leaves the anonymous network and enters into the open Internet. From there your traffic can be monitored. If anyone wants to sniff the traffic then they can sniff at the exit node. If you are browsing service which is not using HTTPS then there will be a problem since the traffic is not encrypted after exiting the exit node of the TOR network. 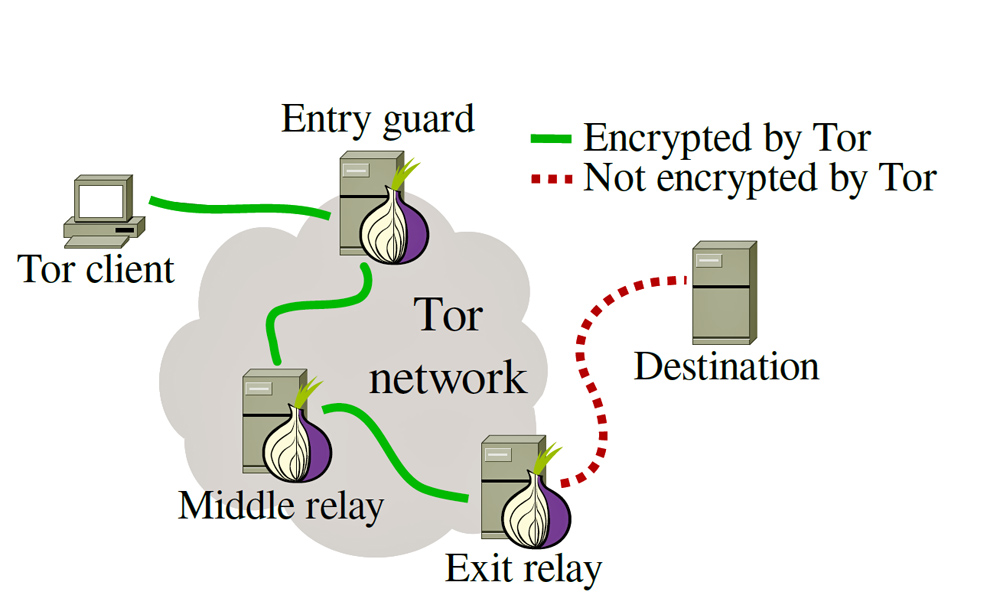 This is the image I've taken from the Internet to explain.

You can see there is exit node/relay from there your traffic goes out of TOR. There onwards the traffic can be sniffed. If you are browsing Facebook then there is no harm because the traffic is encrypted. So when it will leave the TOR network then it will be encrypted as well.

Not the answer you're looking for? Browse other questions tagged tor or ask your own question.

42
How does check.torproject.org know if you're using Tor?
70
Differences between using Tor browser and VPN
5
Using Tor browser on a Windows machine
2
Panopticlick performance for Tor Browser not great. Why?
35
How to detect if employees are using Tor?
3
Are popular browser extensions for anonymity as safe as Tor?
4
Detecting Tor Browser using SIEM
0
How would an attacker know what version of tor/TAILS I'm using?
5
Dangers of using Tor snowflake?