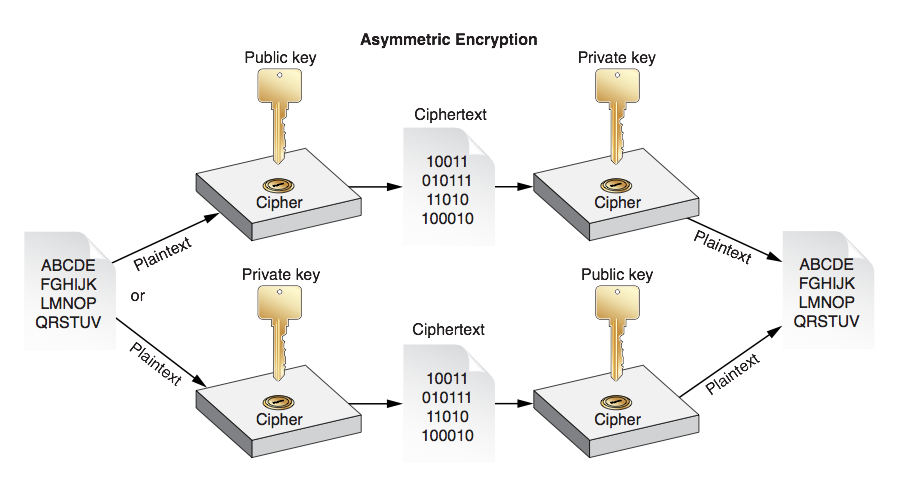 Can someone help me understand how this path is still secured?

This is the path used when proving the encrypted data hasn't been tempered with, commonly known as a digital signature[1].

Also, as a nit, the encrypted data would not be the same in the two paths as shown in the diagram. So it's good not to take simplifications too literally.

Using a private key to encrypt a message that will be decrypted by a public key is a mechanism used, not to ensure privacy, but to ensure non-repudiation, authentication and integrity. These 3 elements form what is commonly known as a digital signature. Of course, you have to know that this process does not disclose your private key.

Not the answer you're looking for? Browse other questions tagged ios encryption cryptography or ask your own question.

1
Help to understand secure connections and encryption using both private/public key in RSA?
3
If I change my private key PGP passphrase, will the old private key+old passphrase work to decrypt already encrypted data?
6
When should I generate new public & private keys using RSA?
2
What is the purpose of encrypting a symetric key with a public key in XML EncryptedKey?
1
How to encrypt data asymmetrically to be decrypt my multiple users
1
Securely storing AES key with public key cryptography
2
How do you validate that someone signed something with a private key