I have apache behind nginx on my webserver.

From my experience, it looks like you were DoSed with a SlowLoris attack. It would appear that the attacker tried to retrieve a random non-existent page and then used SlowLoris which caused the DoS effect.

Essentially the attacker generated two 16-byte GUID's/UUID's, appended them together with /, and then loaded the index file of /GUID_1/GUID_2. When the server began to reply, the attacker's application then read back the bytes very slowly and thus caused the connection to stay open. Meanwhile, several other threads likely opened other concurrent connections and performed the same process. Thus each of the attacker's threads occupied 1 connection on the server and the server could not reply to any other connections because it was still attempting to serve the attacker's connections with the 404 error.

Because this is considered a layer 7 attack ("Application Layer"; see the image below), a smart attacker could use proxies to prevent tracking and IP blocking. 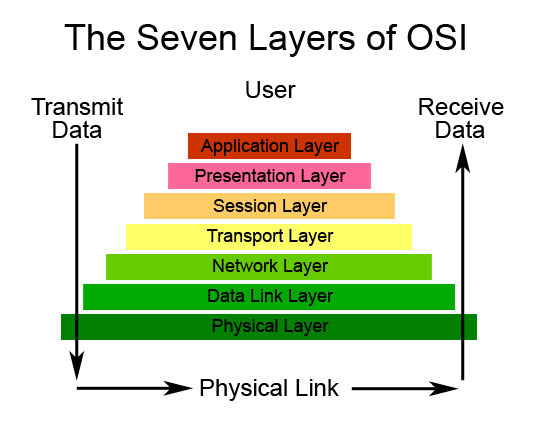 The best mitigation would be both blocking the attacker's IP Address(es) (or the IP Address(es) of the proxies the attacker used) and installing some server mods which can detect and prevent these attacks. In this article, I read that installing libapache2-mod-qos to the server will prevent SlowLoris on susceptible Apache machines.

This is the slow loris attack of incomplete HTTP GET Requests.

What is the slow loris? The slow loris is a layer 7 Denial of Server (DoS, can be carried out with 1 computer) that is used widely on Apache servers and more, because these servers if not updated have this "bug".

How does the slow loris work? The slow loris is done by a TCP connection being made, and then an incomplete HTTP GET request is sent to the server. The server then does not timeout this connection for long periods of time as high as 400 seconds. The server (such as Apache server's) do this because the idea is, it thinks you are on some untrusted network, or simply slow internet and will wait for the rest of the HTTP GET Request.

More Information: This is an HTTP DoS not a TCP DoS because the request is what is causing this. A slow loris attack can work at sending 1 packet per second for each new connection.

Example of normal HTTP GET Request:

Not the answer you're looking for? Browse other questions tagged apache denial-of-service or ask your own question.

5
Strange GET requests to my Apache Web Server?
2
Strange Apache access logs
2
Strange logs in apache from bing/facebook
0
how to block ip from head or ping or get or post to webserver (using apache and windows)?
1
Slow Loris Incomplete GET Request
2
Strange Log in Apache
1
DoSing Apache versions
7
Apache - strange requests in logs