Can the Windows Schannel vulnerability be exploited by visiting a website?

Microsoft has just patched a vulnerability in Schannel that could allow remote code execution (MS14-066). What I can't find are any reliable details on how this can be exploited. I've seen some people claim that it can only be exploited if you're running a webserver on Windows. But the german news portal Heise claims that it is also exploitable by visiting websites.

What is known about possible attack vectors for this exploit? Can it be exploited simply by visiting a website if you haven't applied the update? And if that is the case, does this only apply to IE, or do the other browsers use the vulnerable library as well?

What is known about possible attack vectors for this exploit? Can it be exploited simply by visiting a website if you haven't applied the update?

Our friends at BeyondTrust have a page on the bug now: http://blog.beyondtrust.com/triggering-ms14-066

One thing I think people are missing is that this bug works by default on Windows 7 and above. You can force a client cert down Window's throat, which triggers the vulnerability regardless of configuration settings.

From Assessing Risk for the November 2014 Security Updates:

Note: "User browses to a malicious webpage" was changed to "A malicious user sends specially crafted packets to an exposed service" after I wrote the previous sentence.

Does this only apply to IE, or do the other browsers use the vulnerable library as well?

From the document at TLS/SSL hardening and compatibility Report 2011:

In order to assess the SSL/TLS support of modern Internet browsers we had to take a look at the SSL engines they use. Some SSL stacks generally have capabilities that browsers do not make use of per default, the lists below only reflect real default browser usage.

Chrome and Firefox use the NSS engine

TLS support of Opera 14 and above is same as that of Chrome, because Opera has migrated to Chromium backend

The vulnerability derives from a flaw in SPVerifySignature. If the application being used relies on Schannel.dll, it is very likely that it is vulnerable to the WinShock exploit. Applications using their own SSL implementation are not affected by this.

There is a lot of confusion going on between MS14-066 and MS14-064, the latter of which fixes a vulnerability that can be exploited using a well-crafted VBScript. The former, however, is a different beast entirely, and has some very real and dangerous consequences, regardless of browser choice.

This vulnerability should be exploitable through any connection that relies on windows SSL libraries on an unpatched machine. A pre-auth remote exploit against rdp will be available to paying customers tomorrow according to this tweet.

No. See below. Microsoft Exchange and Internet Explorer and Edge and all applications all use WinHTTP API. I don't believe most third party browsers pull settings from Schannel, they can also use their own custom crypto api. WINHTTP (internet options) defines internet explorer TLS cipher strength and Min/Max TLS respectively, though WINHTTP/IE components are (even when IE is uninstalled) an embedded part of windows, for example 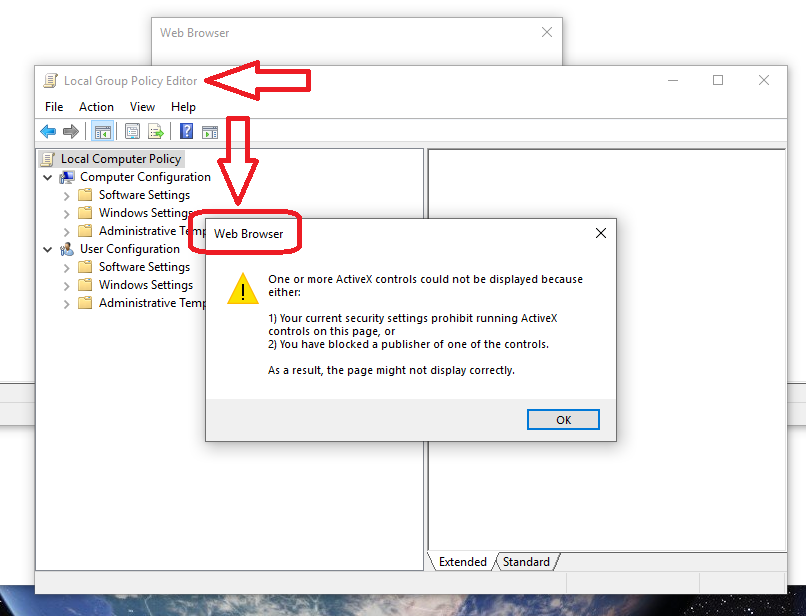 Schannel governs CryptoAPI (certificate revocation checks), Windows Update, IIS (windows servers), Terminal Server/Remote Desktop., and possibly others as well. Given it is "remotely executable code", its possible all these components are/were vulnerable. .NET pulls from its own unique TLS settings in the registry unless configured to use system, presumably schannel/group policy settings. [Details 1] [and 2]

Apparently not if you are visiting that website using Chrome.

I have an old XP laptop that I only use for light browning. On this (live) XP system, I just renamed all copies of "schannel.dll" or "schannel.dl_" on the boot drive, including any ones that kept cropping up in other locations (eg. windows\system32\dllcache or windows\$NTservicepackuninstall$). System seems to still run, I am able to browse (and make this post) with Chrome.. suppose next I will try a reboot and see what happens then....

This link: https://gist.github.com/hmoore-r7/01a2940edba33f19dec3 seems to suggest the patch in a W2k3 system affects this library.. donno really.

Not the answer you're looking for? Browse other questions tagged windows attack-vector or ask your own question.

1
Windows XP expiry security vulnerability of POS
24
Attack vector, attack surface, vulnerability, exploit: Where is the difference?
5
Can a Windows 7 PC with folder sharing and remote desktop disabled, still be penetrated by a rogue computer on the same WiFi or LAN?
1
How secure is Microsoft's Windows 7 SChannel implementation of TLS 1.2 out of the box?
1
Website using Windows integrated - can user get locked out
2
How likely is it that the Hot Potato vulnerability can be exploited on a up-to-date Windows 2012 machine?
2
Truly Disabling Session Tickets in Windows 10 Schannel