Twitter released(some time ago) a new kit named Digits which allows the client to login with a phone number and an authorization code (received through sms). I find it great for the user experience and I was thinking to implement it on our app/website too but isn't this "very" insecure? I can imagine several issues: 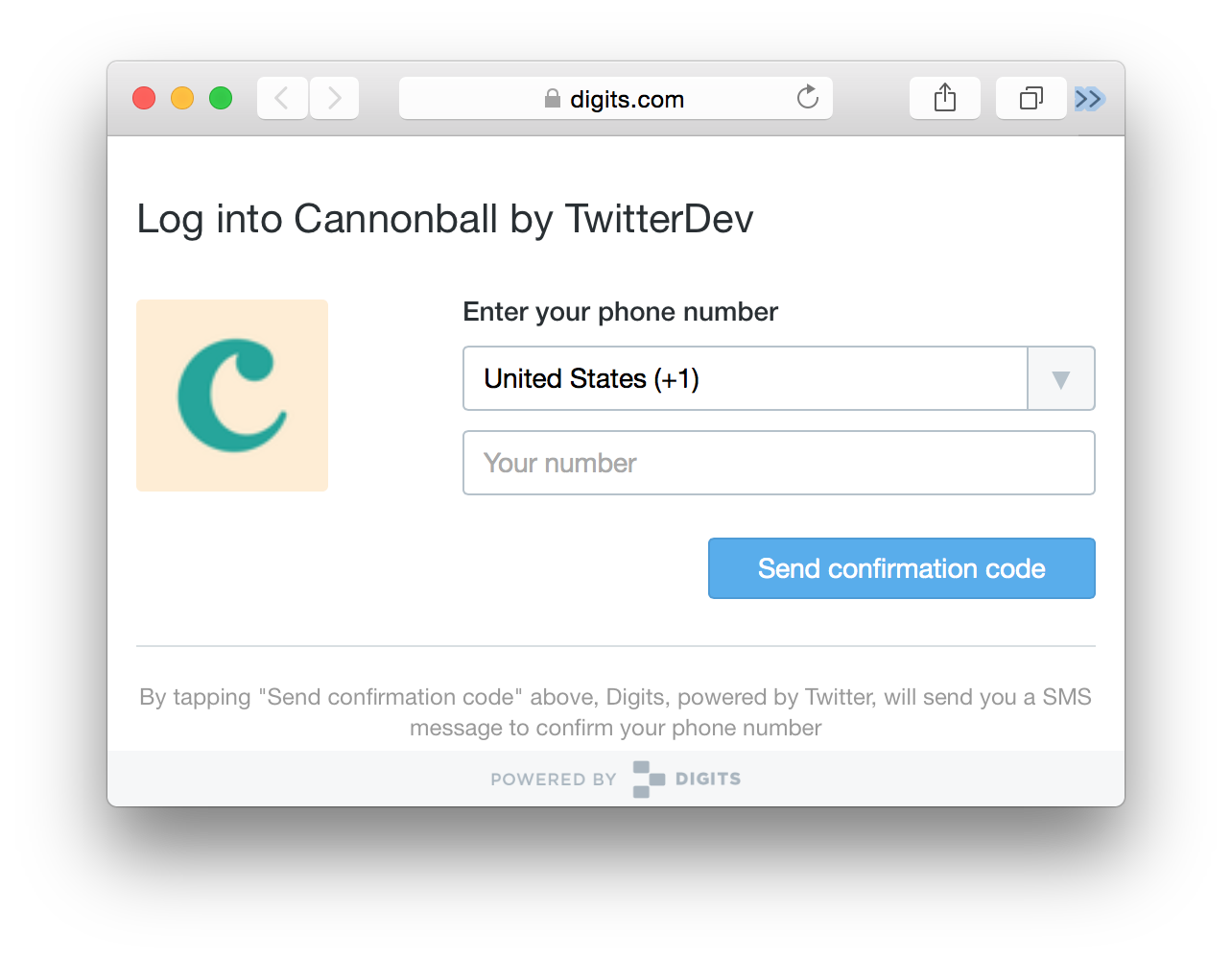 Digits leverages a single 'factor' typically used in multi-factor authentication: "something you have", which in this case is your phone. Yes, there are weaknesses in the security of a single factor, just like only using a password, but there are strengths over and above a simple password, too.

Given your risk model, I'm not sure that Digits is less secure than a password at all. It is a challenge-response mechanism using a phone as a factor. Protections of the login page and the personal protections of the phone (locks, encryption, remote management) can all be employed by the user to possibly make this more secure than a typical password mechanism. Yes, it is still a single factor, and yes there are ways for a user to make this insecure, but the mechanism itself is not inherently insecure.

According to this article on Wired, it is.

The attack: "... The hackers, as he tells it, had called up Verizon, impersonated him, and convinced the company to redirect his text messages to a different SIM card, intercepting his one-time login codes."

Yes, it is insecure, in addition to violating your user's privacy.

This solution gives Twitter, the mobile carrier of the user and the various governments of the countries where Twitter and the aforementioned carrier have business the ability to impersonate your users on your platform without them noticing. To make it more clear : any rogue employee or attacker inside Twitter or the user's carrier can log in as any of your users.

And as if it wasn't bad enough already, this makes Twitter aware of the times and locations (IP, user-agent, any browser metadata) from where your users log in, so Twitter can now correlate these info to build a profile of the user, on what sites does he log on, at what times, and whether he has a Twitter account (based on cookies since they control both the Digits domain and the normal Twitter domain) so they can pollute his timeline with sponsored tweets based on the info they now know about the user.

Finally, asking users their phone number is not a good idea if you want users to sign up on your site - as a tech-savvy user I wouldn't give it out for the reasons mentioned above, but most less tech-savvy users would still refuse to do so just to avoid potential SMS spam.

Here are two more issues to add to the list:

Not the answer you're looking for? Browse other questions tagged authentication brute-force phone or ask your own question.

4
Can SMS text messages be used to verify a person's unique identity through a short code system?
3
Is TextKey SMS 2 factor authentication secure against cell phone cloning?
6
Could “receive SMS online” site be a scam?
7
Can sms-only authentication be safe?
11
Password-less authentication in web apps - How safe it is?
2
How can a website like mobilepay.it know your telephone number?
4
How advisable is to give my phone number as part of dating/ casually socializing?
8
Functional Google 2FA code (via SMS) received from a random (but in use) mobile phone number