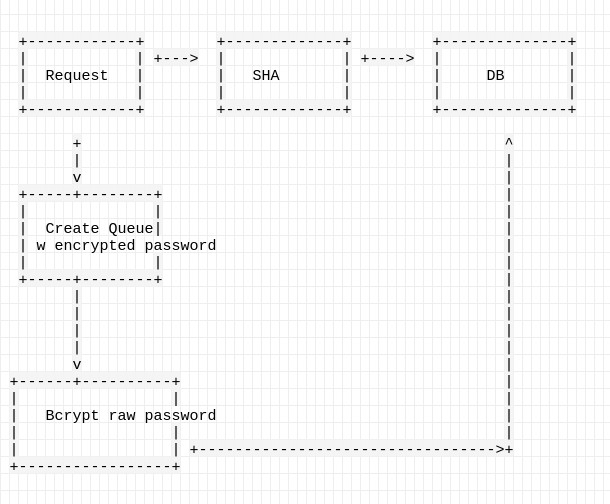 83
Why improvising your own Hash function out of existing hash functions is so bad
116
Does bcrypt have a maximum password length?
124
Recommended # of rounds for bcrypt

3
Password hashing on a load balancing setup
3
Is there a better way to take advantage of current 'approved', 'proven', and memory/cpu-expensive algorithms while using salts and peppers?
31
Can client-side hashing reduce the denial-of-service risk with slow hashes?
4
Securely storing passwords using PHP5
3
Hashing passwords in OpenLDAP
0
Is it safe to use the SHA1 checksum of a password as a key for SHA-1?
3
Is hashing passwords with bcrypt and a constant salt more unsecure than SHA1?
2
Double hashing passwords between Java microservices to increase security?
3
Is there a cryptographic disadvantage to applying bcrypt to an already hashed password
3
Change from bcrypt hashes to sha1 or even plaintext, for performance