Why doesn't TLS have a threat model?

I was looking at the TLS 1.2 RFC and I see no official "threat model".

I've looked a bit around and no sign of it.

How come TLS has no threat model?

RFC 5246 does include a threat model, but it is described very succinctly and quite informally. It is at the start of Appendix F:

The last sentence is the one that most closely resembles an embryonic "threat model".

Your question now becomes: why does the TLS standard not include anything better ? Basically, because nobody bothered to write down a better explained threat model, or to include it in the standard. Also, what is a threat model is unclear; notably, as indicated by the Wikipedia page, there are several conflicting definitions out there.

Ivan Ristić once wrote a nice diagram that looks like this: 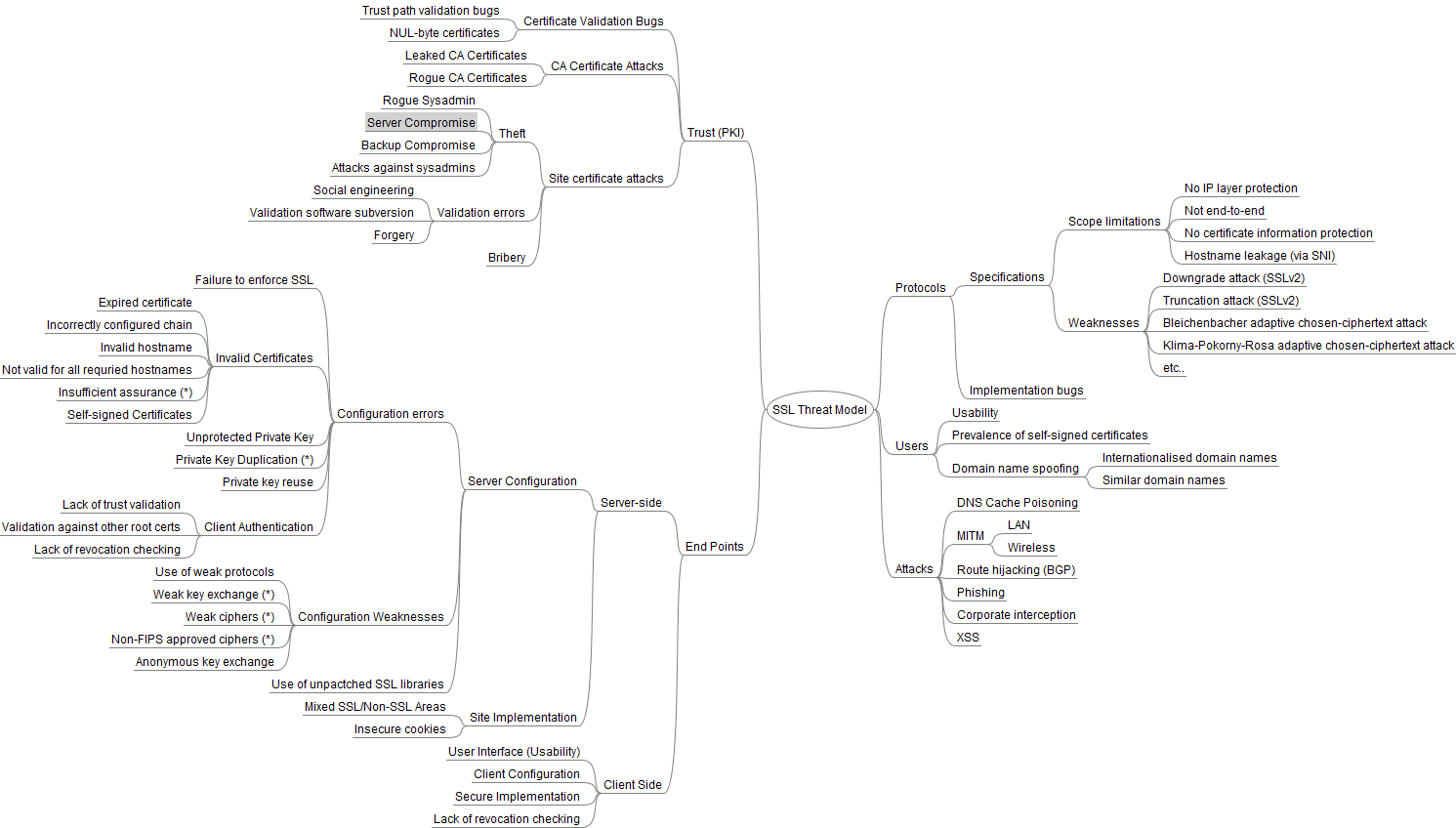 and he calls that a "threat model", which I guess corresponds to at least one of the possible definitions of the expression "threat model".

Not the answer you're looking for? Browse other questions tagged tls threat-modeling or ask your own question.