ASUS RT-AC68 login page is redirecting to some Amazonaws page?

Has my ASUS router been hacked or just glitchy?

When I tried to login to 'router.asus.com' it would redirect to "[censored just in case].us-west-2.compute.amazonaws.com/find/device.html" and it said that I would have to connect to the router directly through WiFi or Ethernet instead of through a repeater? (This was after I disabled my VPN)

I tried resetting it multiple times, but I couldn't seem to login after the initial (re)setup process after copying and pasting my new randomly generated password.

Now, I am aware that WPA2 is vulnerable to brute-forcing, but even if they could brute force my WiFi password, I thought the ASUS login password couldn't be brute-forced? I remember disabling WPS, so how did they get in (if this was a hack)?

Also - why would a hacker disable the router login screen - wouldn't that just make the owners aware that something might be wrong?

UPDATE: okay so after spending two hours trying to figure it out, it seems like the altered state only happens after a specific windows machine (normally connected to the router) logs in. After spending two hours trying to reset it multiple times, it seemed to stay fixed. Then the next day maybe twenty hours later, I realized that the login screen was disabled again.

Does anyone have a shop they could recommend to check to see if my router firmware was modified?

Your router is just glitchy.

"router.asus.com" returns a 301 redirect to "ec2-54-202-251-7.us-west-2.compute.amazonaws.com/find/router.html" (at least for me; it may redirect to other Amazon datacenters for people in other locations), a website hosted on Amazon's cloud.

The website itself appears to attempt to find your router's IP address by making connections to 50-someodd domains such as ""rt-n10pv2" or "findasus.local", and counting on the router's DNS resolver to intercept the request. This is rather fragile, as any change to the default DNS settings can break it.

Here is what finally worked for me and I was having the same response when I tried logging in.Instead of logging into the default router GUI 192.168.1.1 or entering http://router.asus.com try using one of these addresses: http://www.asusnetwork.net/ or https://www.asusnetwork.net:8443 There are a couple other alternatives but I don't have a good enough reputation to post more links, sorry.

Some ASUS devices had a DNS entry that resolves asusnetwork.net to the device configuration and error pages (see this answer for more info). Without an internet connection, that's what you see. It used to look something like this: 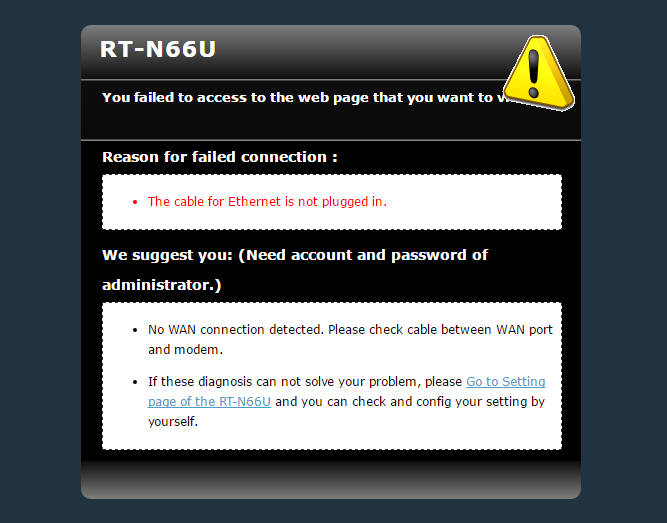 When you have an internet connection, it bypasses that and uses your ISP's DNS to access whatever is at asusnetwork.net. ASUS used to own that domain, but they don't anymore. This was taken advantage of, and it now redirects to malicious sites like this one: 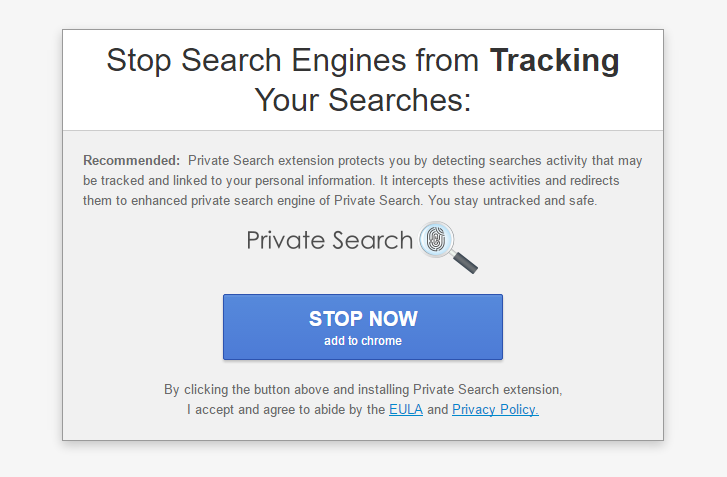 Therefore, if you lost internet, you'd get to the ASUS error page, and when you regained internet and reloaded the page (or your device reloads the page automatically when regaining connectivity), it'd take you to malware sites. More details on this vulnerability here. ASUS released a firmware update that makes it redirect you to router.asus.com instead, which is (as of right now) legit, and it look something like this: 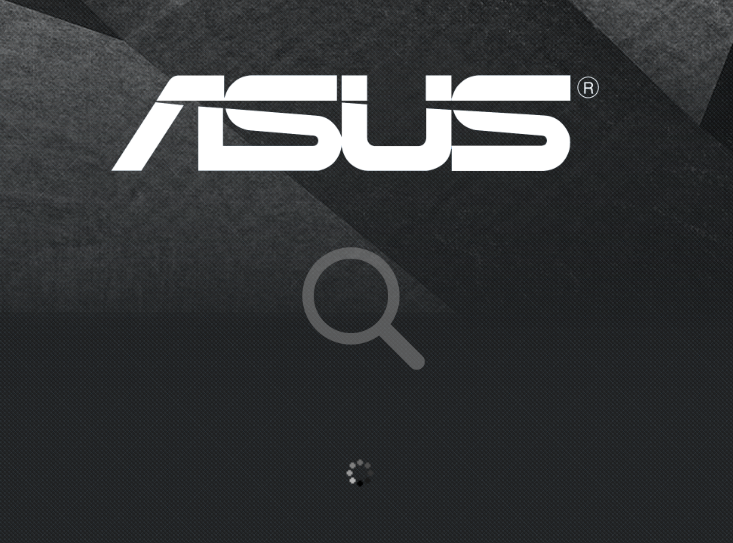 They probably should have also included with that update an entry in the block list for the old domain that's now malicious, but you can do that yourself too. So if you have this issue, the solution should be to get the firmware update (available on ASUS's site). As far as the Amazonaws page, I think that one is legit.

Not the answer you're looking for? Browse other questions tagged wpa2 router amazon or ask your own question.

1
How secure is Asus router's brute-force protection?
6
Cannot identify or block unknown MAC addresses
1
Does someone have it out for me, or is this router “features”?
5
Is this ISP IP address assignment issue a vulnerability?
140
Did I just get DNS Hijacked?
3
Is someone trying to break in my WIFI router?