I would like to ask if there are 2^1000 possibilities to choose from, how long would it take go through them all on average? (in terms of min, hours or years)

Note: This is not necessary related to passwords, but more into figuring out a random sequence

Is there any metric/general rule of thumb that I can use to give a rough estimation?

The calculation is simple. First, figure out how many "tries" a computer can do per second, minute, or hour, etc. Obviously it depends on the computers. For example, let's say 1000 calculations per second.

Then you can convert in minutes by dividing that number by 60, and so on.

HOWEVER, to reach a particular sequence, you can, on average, divide that time by 2. Because in a real scenario, you don't have to try every combination, you stop when you get the one you want. On average, you will hit it after having exhausted half the possibilities. You could get lucky and hit it on your first try, or you might have to go through every combination.

Now, to hit a certain number of sequences, say 3, how much time does this take on average? Not three times as much, because at most trying every combination will guarantee you hit those 3. But it has to be more than half the time, right? Well, that's a fun probability problem, I'll let you figure it out.

I don't think there is any general metric/rule of thumb that can be applied as the time to brute force is completely dependent on the nature of data being brute forced and the power of the system it is being done on. Without being able to give values to those two variables there is no way you can estimate how long it will take.

What you can do calculate a reasonable g/s (guesses per second) value given x and y in your scenario and from there simply extrapolate the time it would take. If you don't want to do that and simply want to get a quick estimate on searching through a specific key space, you can go to GRC's Interactive Brute Force “Search Space” Calculator, that should give you a rough estimate on the required time to search through your defined key space. 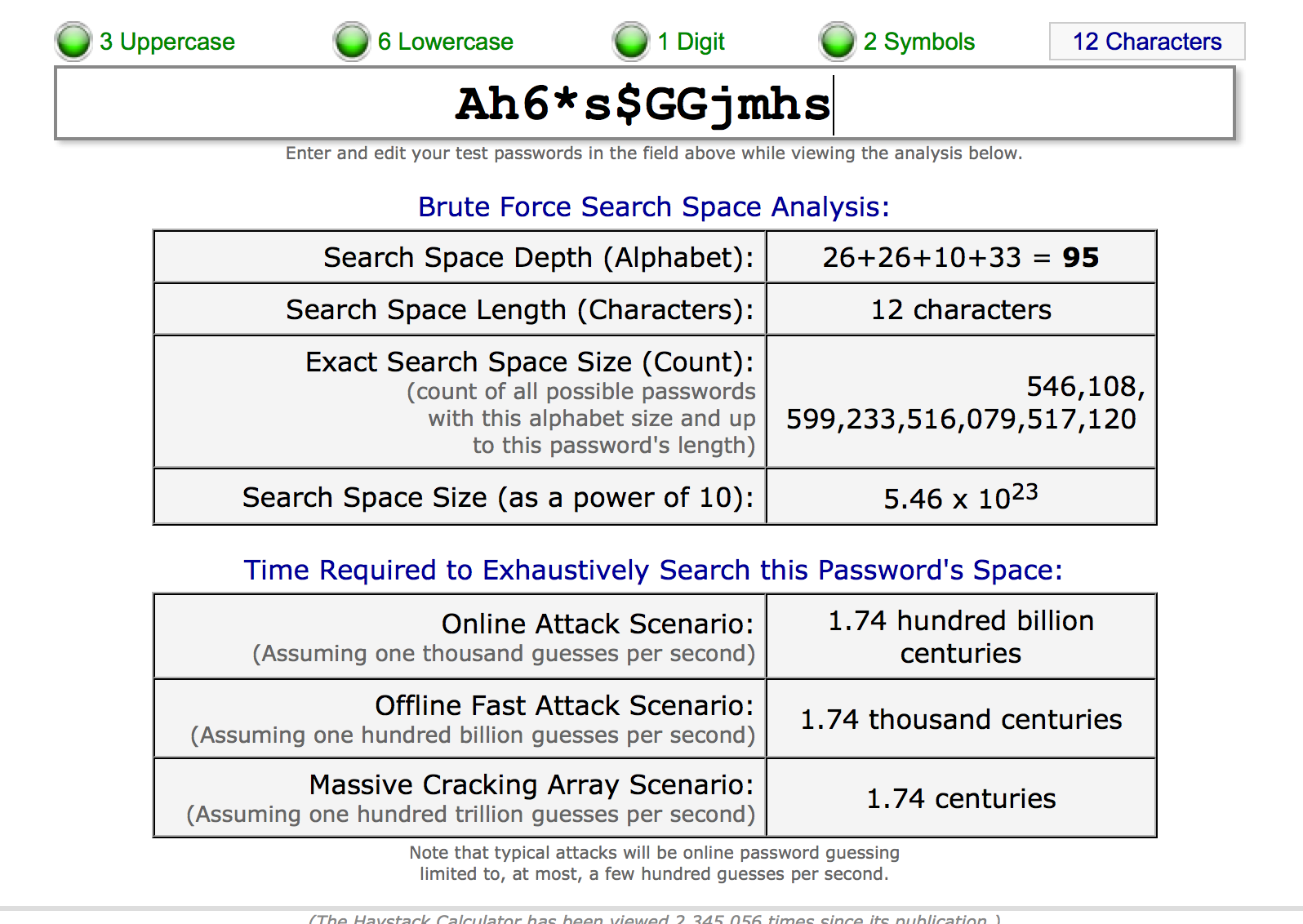 Not the answer you're looking for? Browse other questions tagged brute-force password-cracking decryption or ask your own question.