Phishing/Malware redirection through AdExchange on Android

Yesterday I discovered a strange behaviour in the Chefkoch.de App. During the search for recipe, 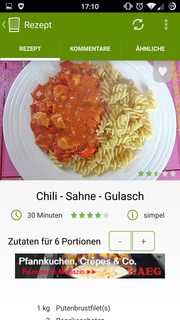 Firefox opens up with a (German) phishing warning screen. 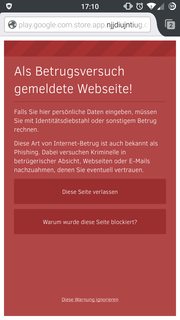 This happened not only on this specific recipe, but on almost every other recipe. My assumption is that it has something to do with the displayed ads. The AEG ad was one of the ads displayed during the issue.

Immediately after the attack I wrote an email to the developers. Today I got their answer, that this problem is not new to them, and they think it has something to do with Googles AdExchange service.

Some latest research in this field showed an overall Problem of the advertising networks. https://blog.malwarebytes.org/malvertising-2/2015/09/large-malvertising-campaign-goes-almost-undetected/

The term you are looking for is "malvertising", or malicious code sent via ad networks.

If the mobile app you used had a known weakness in the code (common libraries) that the malicious code tried to exploit, it is entirely possible that it could launch a browser session.

Regarding question 2 (How is it possible to create a browser intent, without user interaction, via ads?):

But that's not all, it could actually do more than just open some HTTP URI. It could call any BROWSABLE activity with a link such as intent://host1/#Intent;scheme=custom2;package=com.example.helloworld;end

Not the answer you're looking for? Browse other questions tagged malware android phishing or ask your own question.