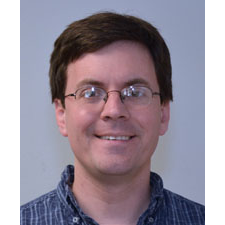 I'm a software engineer living in southeastern Pennsylvania, and I work as a Principal Software Developer for Suvoda. I previously worked for HomeNet/Cox Automotive from 2009 to 2019 to build, maintain, and extend their flagship InventoryOnline application. I am also the author of SpaceMonger, a popular disk-analysis tool, and I've spent the last two decades designing a new programming language named Smile.

I graduated Penn State with a Bachelor's Degree in Computer Science in 1998. I started writing software when I was eight years old, and today, more than thirty years later, I'm fluent in somewhere between 25 to 30 programming languages. My core focuses are on user-interaction, computational efficiency, compilers, and language theory — all concepts that when implemented empower people to do more than they could without them.

I've been around long enough in this industry to see a lot of technologies born, grow, and die. I'm not a fan of buzzwords, "paradigms," or the technology-of-the-day. I love creating high-quality software, but believe that most current software "processes" can't and won't ever produce it. I'm generally skeptical of most technologies and products produced by most companies, especially those that are supposed to make me "more productive." I'm a believer in "now you have two problems", YAGNI, and "Don't Repeat Yourself", and I strongly believe that an ounce of understanding is worth a pound of "solutions."

I have written (and debugged!) half a million lines of C#, a quarter million lines of JavaScript, a million lines of C and C++; and I have several hundred thousand lines of various assembly languages behind me too, including 6502, x86, SPARC, ARM, and even a little 68K for good measure. Toss in a bunch of SQL, Perl, PHP, Ruby, and some BASIC/VB/VBA, and some even more obscure languages no-one's heard of, add a few pinches of Scheme and Lisp and SmallTalk, and stir to a fine purée.

In my personal life, I'm happily married with two kids, a dog and a cat, and a nice house in the suburbs; and my hobbies include drawing and writing.

Also, one more thing: I don't like downvoting. I don't downvote unless something is so disastrously spammy and bad that it should just be outright deleted; I ain't gonna be that guy.

All Questions Answers
Votes Newest
508 Why is Gbt3fC79ZmMEFUFJ a weak password? Jan 10 '19
146 Is displaying remaining password retry count a security risk? Jan 16 '19
1 Why can't we protect the password file so that only the system can read it? Aug 12 '20