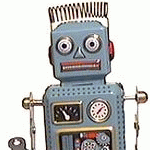 Also, I have an unreasonable affection for certain computer languages. Including Spitbol, C++, Self, Scheme, awk, FORTH, Erlang, J, Smalltalk, Logo, BLISS, Haskell, and Algol 68.

FYI, when it comes to coding standards I only have two firm rules:

Other than those two rules, I'll go with whatever the team wants. (Life's too short to worry about it.)